The Home that Faith & Service Built

As a family owned and operated establishment, the team at Mitchell’s Funeral Home understands just how much your family means to you. We are here to support you during this difficult time, and to plan a celebration of life that will honor your loved one’s memory.

An event of this magnitude should be planned and managed with the utmost care. We are here to ensure that your family has an opportunity to gather together and celebrate your loved one’s life, the relationships they shared, and honor all of the beautiful memories they created with the ones they love most.

Strength can be found in celebrating the life of your loved one during a ceremony that symbolizes the joy and the contributions they made to the world. In memory of your loved one, we honor them with dignity, respect, and compassion, all while supporting your family during this transition.

We are committed to working with you individually to design and organize a commemoration that perfectly represents your loved one.

Our family is proud to have served our community for 50 years, bringing families together to provide a healing service in a loving, supportive environment. 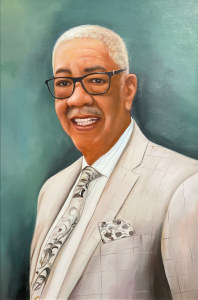 Mr. Kenneth E. Mitchell, Sr. was born in Orlando, Florida to Fletcher and Cornelia, both of whom preceded him in death. He was the second oldest of Ronald Clayton, Sr., Norman Tyrone, and Byron Gerald, who have also preceded him in death. Kenneth graduated from the prestigious Jones High School in Orlando, Florida, in 1961, and continued his education at St. Augustine’s University in Raleigh, North Carolina. Mr. Mitchell always showed interest in the embalming and funeral industry, which led him to graduate from Gupton Jones Embalming School in Nashville, Tennessee where he received his license as Funeral Director and Embalmer.
Kenneth was continuously striving to reach higher goals, leading him to take the risk in establishing Mitchell’s Funeral Home. Our original establishment was in Eatonville, Florida, but after careful consideration, Mr. Mitchell made the decision to relocate to our current facility at 501 Fairvilla Road in Orlando, Florida. Family has always been at the heart of everything Kenneth did, so it was only natural that his family join him in his endeavors in operating Mitchell’s Funeral Home. His children, Kimberley and Kenneth II, grandchildren, Christopher, Kamryn, and Aiden, nieces and nephews, Ronald II, Tyrone, Rhonda, Renard Sr., Ashley, Renard Jr., Destiny, Deja, Logan, Jaden, and Johnathon and cousins, Randy and Ernest, have all played an integral role in running the funeral home with meticulous precision and timeliness.
Mr. Mitchell joined the Florida Morticians Association, where he was a member of the Epsilon Nu Delta Fraternity, and held positions of Executive Secretary, Vice-President, President, and Chairman of the Board. In 1985, he even earned the honor of the Mortician of the Year award.
In 1992, Mr. Mitchell was awarded the Drum Major of the Year Award by the Delta Xi Lambda Orlando Chapter of Alpha Phi Alpha Fraternity, as well as the Unsung Hero Award from the Orange County Health Department.
He sponsored several organizations throughout his career, including his beloved Jones High School, Ivey Lane Elementary School Head Start, Smith Center Wildcats, and the Police Athletic League. He has received Community Service Awards from:
● Progressive Firefighters Association
● Friendship Foundation
● Delta Omicron Chapter of the Alpha Kappa Alpha Sorority, Inc.
● Kappa Alpha Psi Fraternity, Inc.
● Friendship Social Club
● Village House Program
● Pinsetters of Orlando
● Modern Majestic Club, Inc.
● Dorie Miller Memorial Post 331 American Legion, Orlando
● Mt. Pleasant Missionary Baptist Church
● Mt. Sinai Missionary Baptist Church
● New Covenant Perfecting Ministries
● New Covenant Baptist Church, Orlando
● Mt. Olive Christian Methodist Episcopal Lay Council

Kimberley Laurice Mitchell, upon her father’s passing on July 21, 2020, has the mantel passed to her. She is an esteemed Orlando native, has been an active member and lifetime member of her community. Growing up the daughter of the revered owner of Mitchell’s Funeral Home, Inc. and Mitchell’s Florist, Inc., Kimberley has served the bereaved in its darkest hours. She has ensured that all families in need are provided with elite homegoing services despite economic hardships. Kimberley graduated from the prestigious Jones High School in Orlando, Florida, in the Class of 1988. She further studied at St. Augustine’s University in Raleigh, North Carolina, and Lynn University school of Funeral Service and received her license as Funeral Director and Embalmer at that time.

Ms. Mitchell is currently the sole owner and operator of Mitchell’s Funeral Home and Florist, Inc., and her provision of services exceeds the expectations of her families.

Our team here at Mitchell’s Funeral Home is not just a staff, they are family. We have been serving our community for five decades, and have become familiar faces in the neighborhood. We are proud to honor the members of our community who have passed on, and provide a supportive, comforting environment for families to grieve, remember, and gather to honor their loved ones.