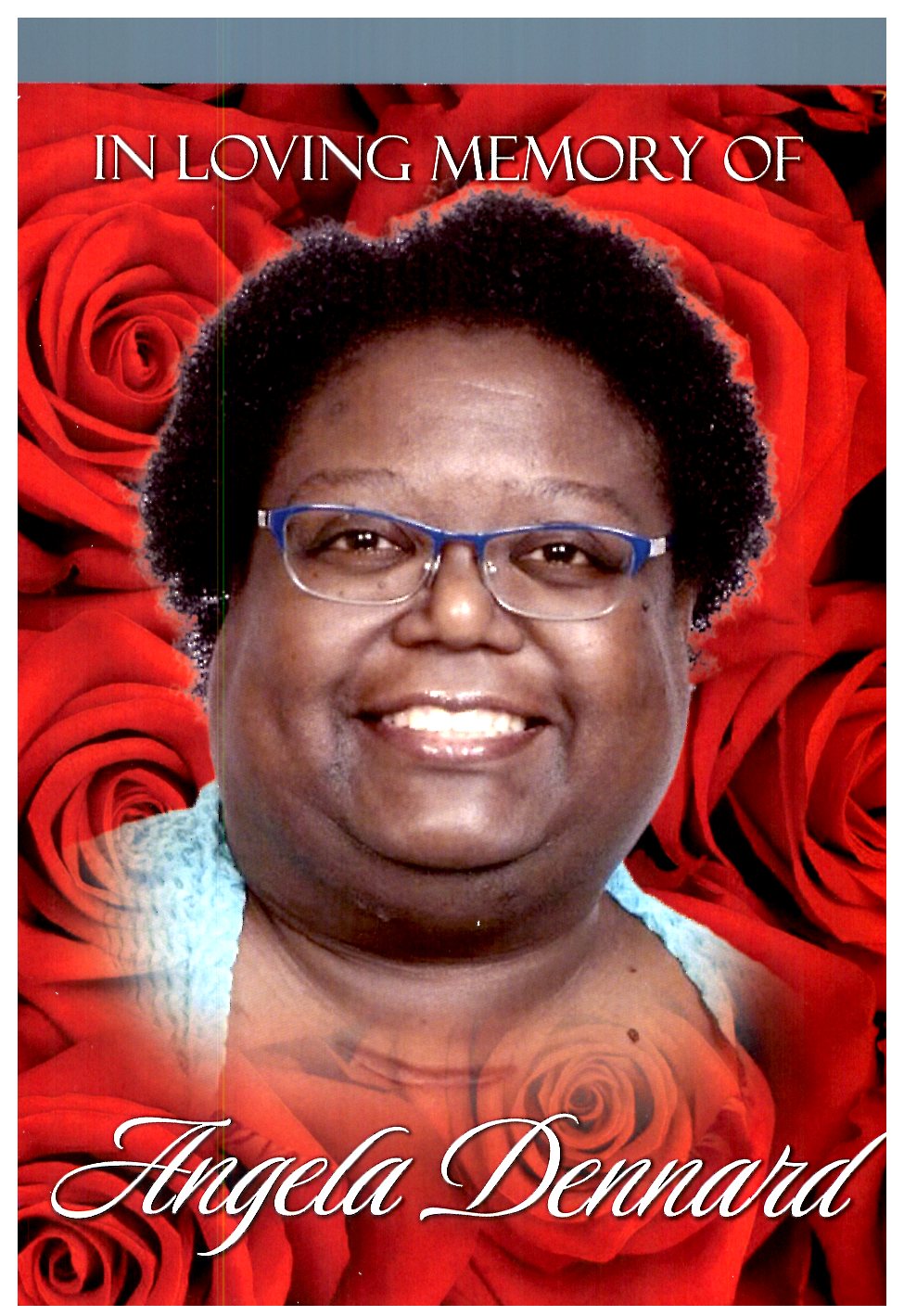 Angela Natisha “Tisha” Dennard was born on August 12, 1972 in Rockledge, Florida to Theresa Houston. She was the oldest of the four girls and loved by her mother. She was raised by her late grandparents, Fred and Ruby Houston, along with her uncles, Larry and Marvin Houston, in Cocoa, Florida. She graduated from Rockledge High School in 1990, where she was an active member of the Marching Rockledge Raiders Band playing clarinet. Angela moved to Orlando from Cocoa to attend the University of Central Florida. She later transferred to Valencia Community College where she earned her Associates degree. Angela joined Universal Studios Florida in 1991 and moved up in the food service department as a supervisor. She loved her job at Universal for 23 years until she became ill.
In her pastime, she enjoyed knitting, reading, teaching math, her kindle fire, going to the movies, and most of all, being an Auntie. Her family was her number one love, especially her nieces and nephews who affectionately called her “Auntie.” Each of them played their own special role in her life. She was their movie partner when all the Marvel, DC Comics, and Disney movies came out...”We Don’t Talk About Bruno...”
Angela gave her life to the Lord during a revival and joined El Bethel Temple of Orlando. She volunteered at El Bethel Christian Academy where she became everyone’s Auntie. She later joined Mt. Pleasant Missionary Baptist Church in 2017. She loved Sunday School and its teachings.
God called Angela home out of her pain and suffering on Tuesday, July 5, 2022 at 6:18 a.m.
Angela is preceded in death by: her grandparents, Fred and Ruby Houston.
She leaves to cherish her precious memories to: her devoted mother, Theresa Houston; her father, John Dennard; her loving sisters, Nondra Dennard, Demetrius Dennard, and Jovan Dennard Walkes; her precious babies (nieces/nephews), Tiana Franklin, Nya Dennard Franklin, Nycolas Dennard Franklin, Jasinea Gray, Gia Gray, Noel Franklin, Nehemiah Smith, and Saniah Smith; her loving uncles, Larry Houston of Cocoa, Florida, Marvin (Olivia) Houston of Lake Worth, Florida, and Lorenzo (Katherine) Dennard; cousins, Derrick Houston of Cocoa, Florida, Nicole Houston (Reno, Nevada), Barry Trice of Lake Worth, Florida, and Johnathan Houston of Lake Worth, Florida; grandparents, Harry and Lucille Dennard of Merritt Island, Florida; and a host of uncles, aunts, loving cousins and friends.