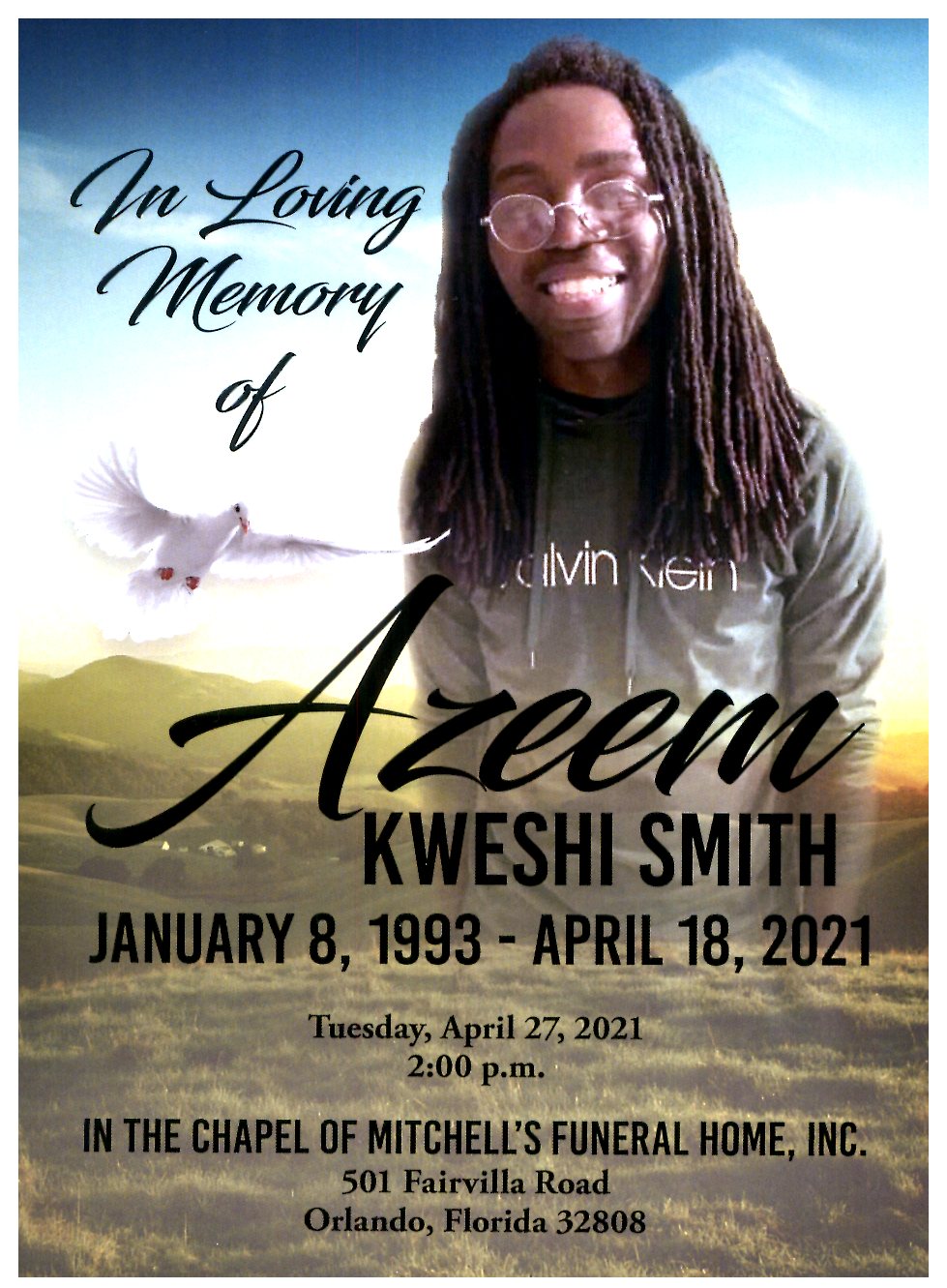 Azeem Kwesi Smith was born on January 8th, 1993, to Marlene Powell and the late Robin Smith in Ocho Rios, Jamaica. As an only child to Marlene, he relocated to Orlando, Florida, in 2004.  Azeem cultivated a creative mind that led him to pursue an education in Art at Valencia College.  He later switched to Music Development and Audiovisual Technology.  His creativity led him to develop his own formula for lotions, soaps, lip balms, facial scrubs, candles, and other products.  He was in the process of launching his online business when he passed away tragically on April 18th, 2021.

Azeem is preceded in death by his father – Robin Smith, and brother – Marcus Smith.