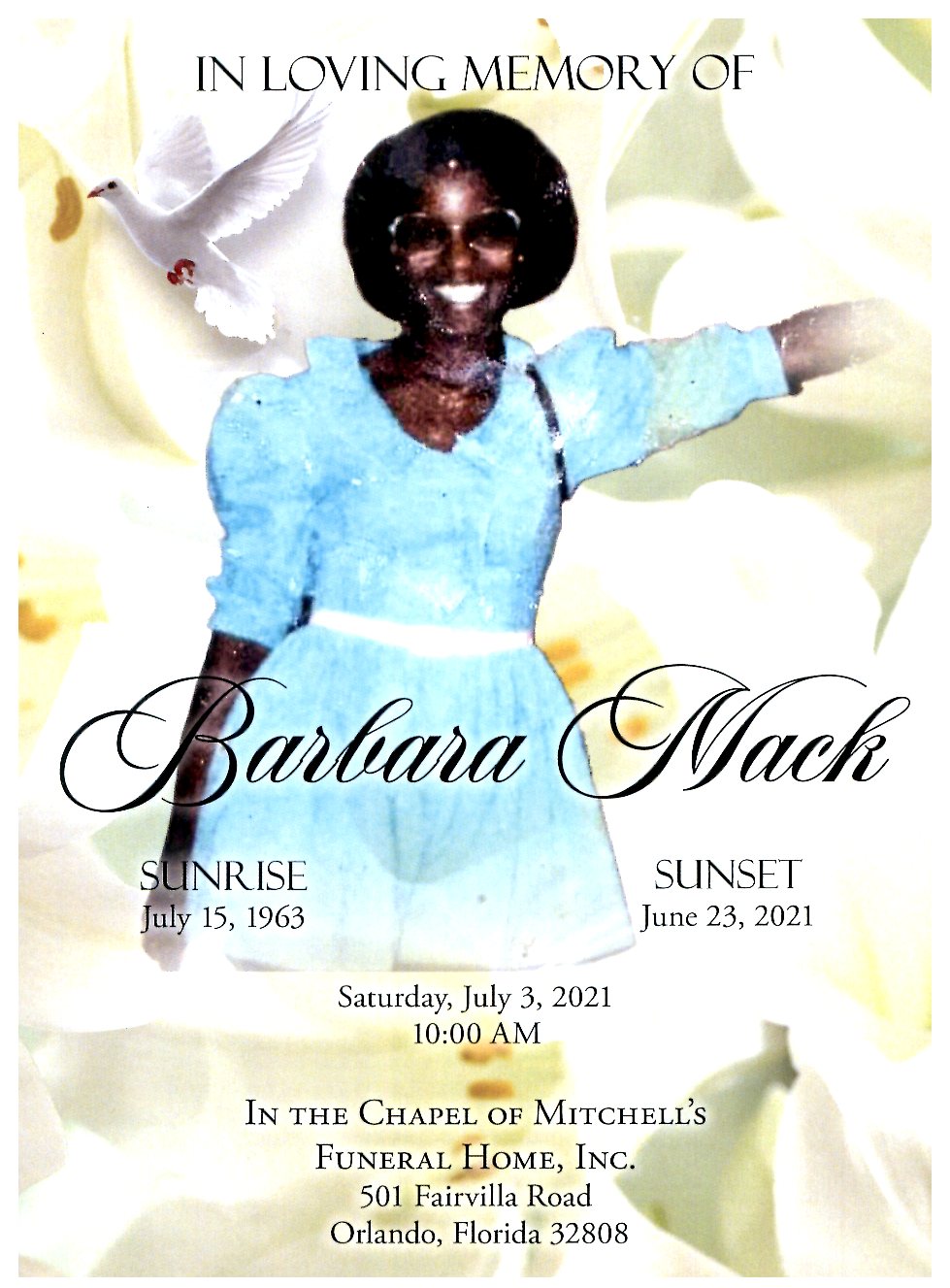 Barbara worked for Walt Disney World for over 10 years. Barbara was the life of the party. She would always make sure everyone had a smile on their faces. She will be deeply missed by all who knew her.

Barbara was preceded in death by her mother, Lucy Brisbane, father, Edward Mack, and Demetreus Lowe.