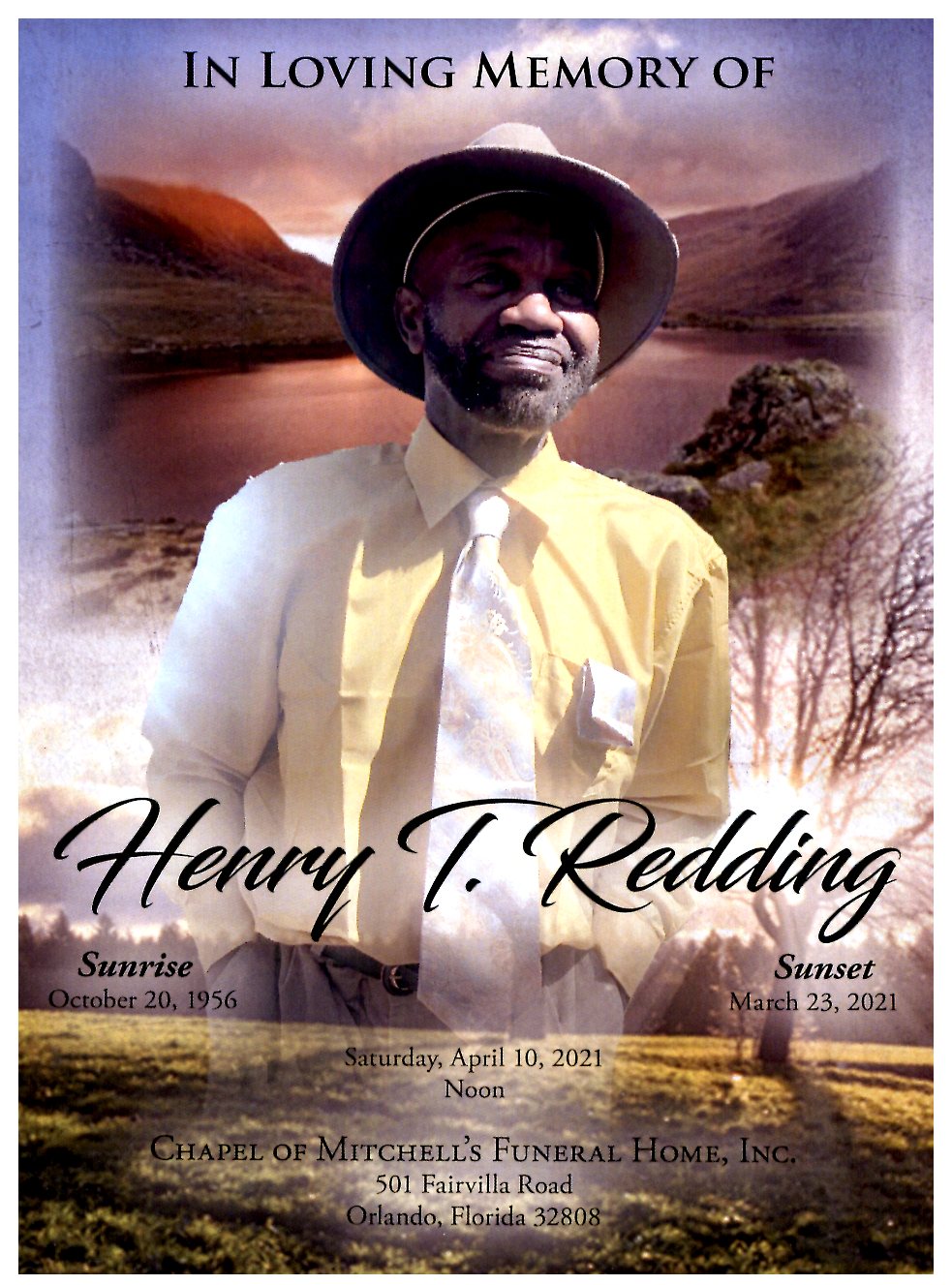 Henry Tyree Redding, son of the late Lizzie M. Redding and the late Henry Thomas, was born October 30, 1956 in Orlando, Florida. He was called to rest on Tuesday, March 23, 2021.

Henry lived for many years in Orlando, Florida where he attended the great Jones High School. He worked many years as a forklift operator. He enjoyed playing chess and spending time with his grandchildren.

He is preceded in death by: his parents – Lizzie Redding and Henry Thomas; brother – Clearance Redding of Orlando, Florida.