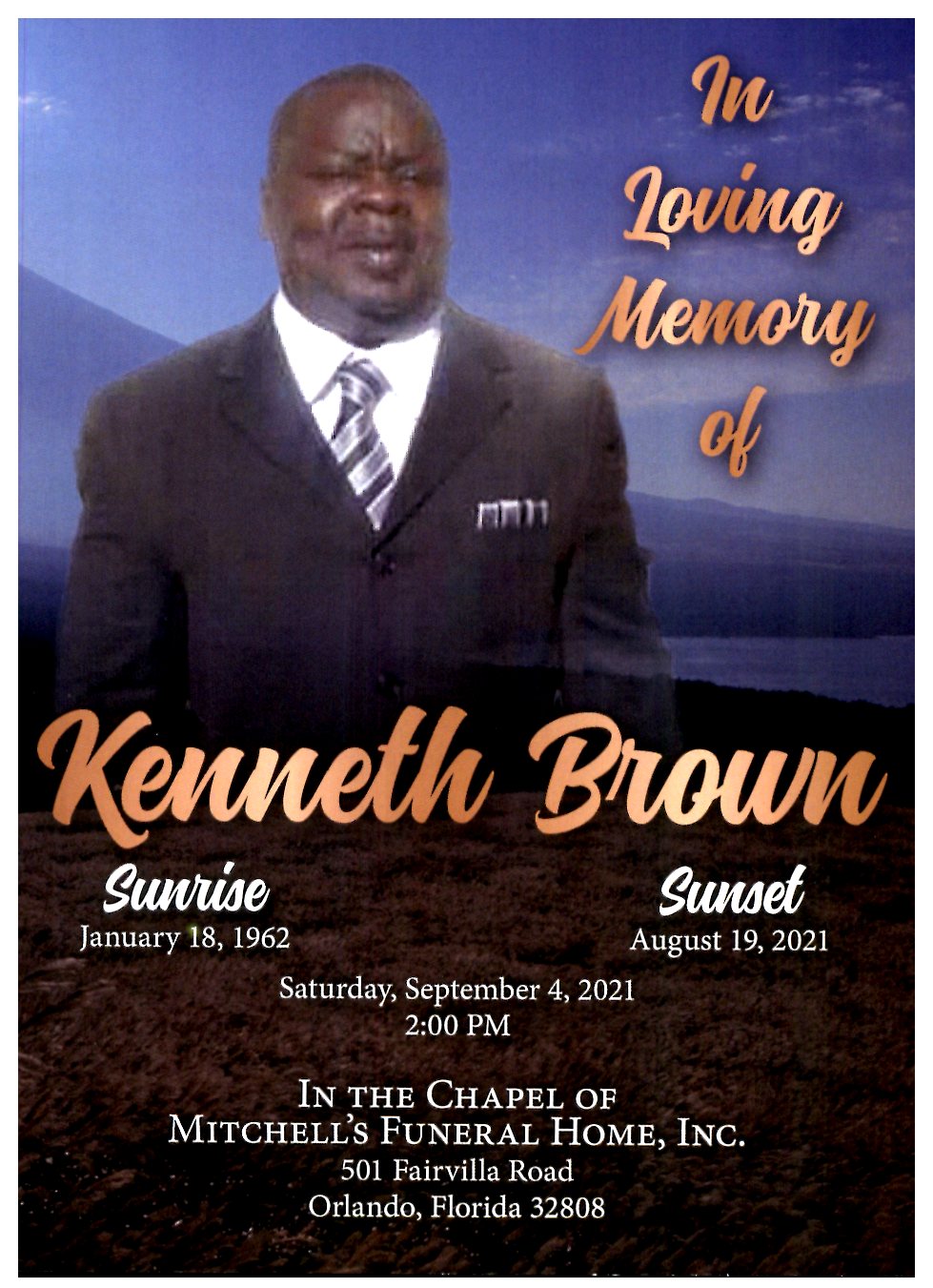 Due to Covid, the funeral is restricted to family only.

Kenneth "Downtown" Brown was born on January 18, 1962 to Ms. Willie Jean Miller (pre-deceased) and Mr. James Brown in Orlando, FL. He grew up in Griffin Park and went on to attend Jones High

"Kenny", as he was affectionately called, was a talented and well

known athlete playing with the likes of former NFL player Emmitt Smith while in high school. After graduating Jones in 1980, Kenny

proceeded to develop and employ his second talent, which was in the area of culinary arts, as a cook in several diners and restaurants

across metropolitan Orlando. He also worked as a concrete farmer      for various construction companies.

Kenny was well known for his charisma, sense of humor, loyalty to family and friends, generosity, and strength. Despite his many

challenges, his unwavering faith and determination allowed him to defy the odds stacked against him and to live life unapologetically. Kenny was loved by many and will be greatly missed.