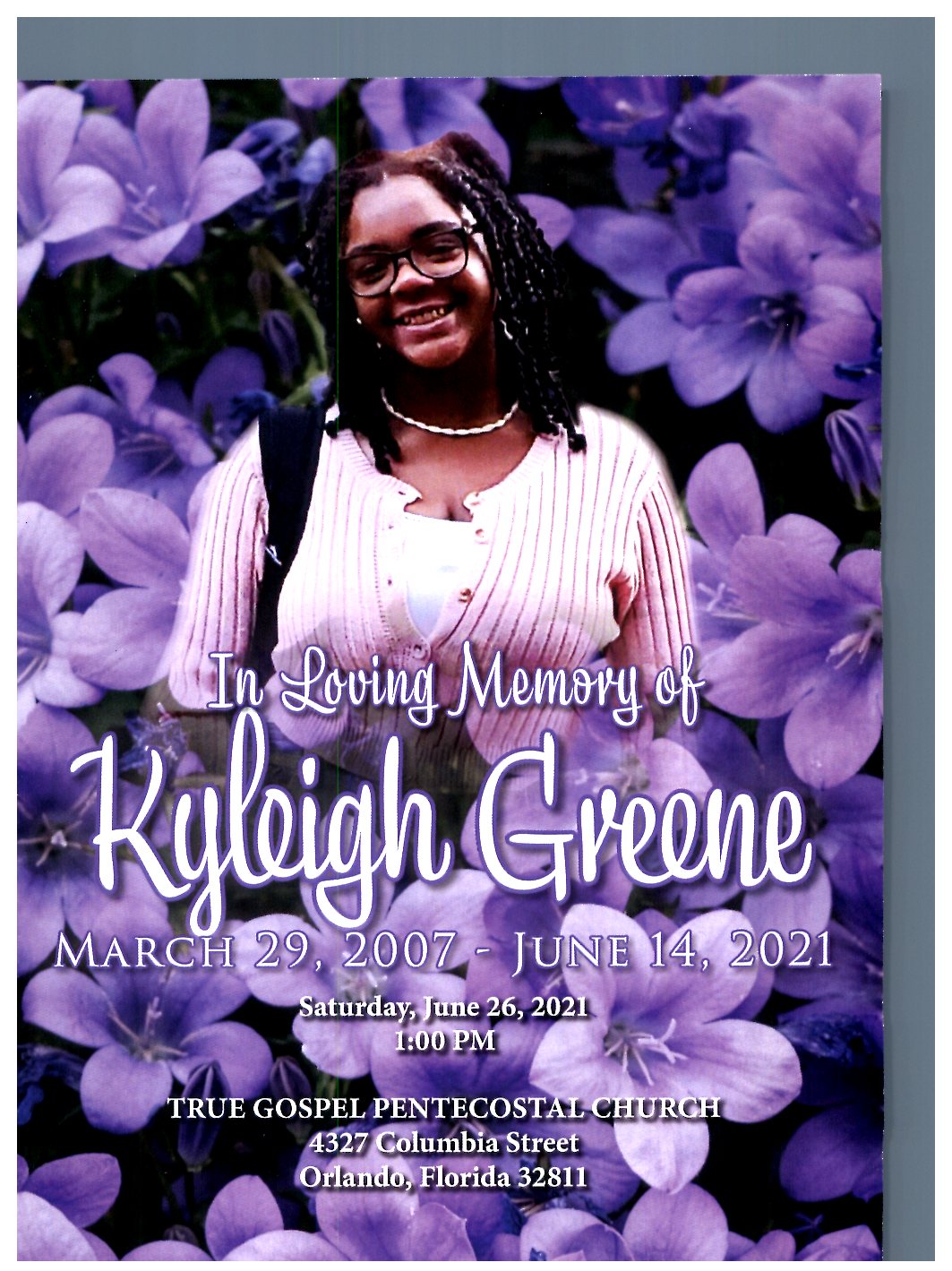 Kyleigh was born on March 29th, 2007, in Orlando, Florida. Kyleigh was a loving and devoted daughter, sister, granddaughter, and friend. Kyleigh (Byrd) was a gift from God who brought joy to all our lives. Not only was she an angel, but she was also a fighter. She was very outspoken and ambitious. Kyleigh was not afraid to live outside the box because, in her own words, “Being normal is boring,” and no one could tell her different. Kyleigh recently graduated 8th grade from Lavilla Performing Arts and was getting ready to impact Atlantic Coast High School as a Cheerleader significantly. Kyleigh loved to spend time with her family, singing, joking, and laughing. Although she was here for only 14 years, she lifted so many people. Most of all, she indeed was an angel.
She was preceded in death by her Grandfather William Greene (Papa) and Jahmir Willis (Nephew).
Kyleigh is survived by her Parents Lakisha Owens and Karres Greene (Valerie); Grandparent Mary Hester; Siblings Johnny Siplen, Jazmyne Siplen, Jakeara Owens, and Kendrick Nelson; Aunts Katrina Garrison and Kendra White; Uncles David Rushing and Quentin White; Cousins Craig Rucker Cayla Rucker, Devon Robinson, Quentin White Jr. Quamora White and Zaniya Rushing, David Rushing Jr., and Kelise Rushing.