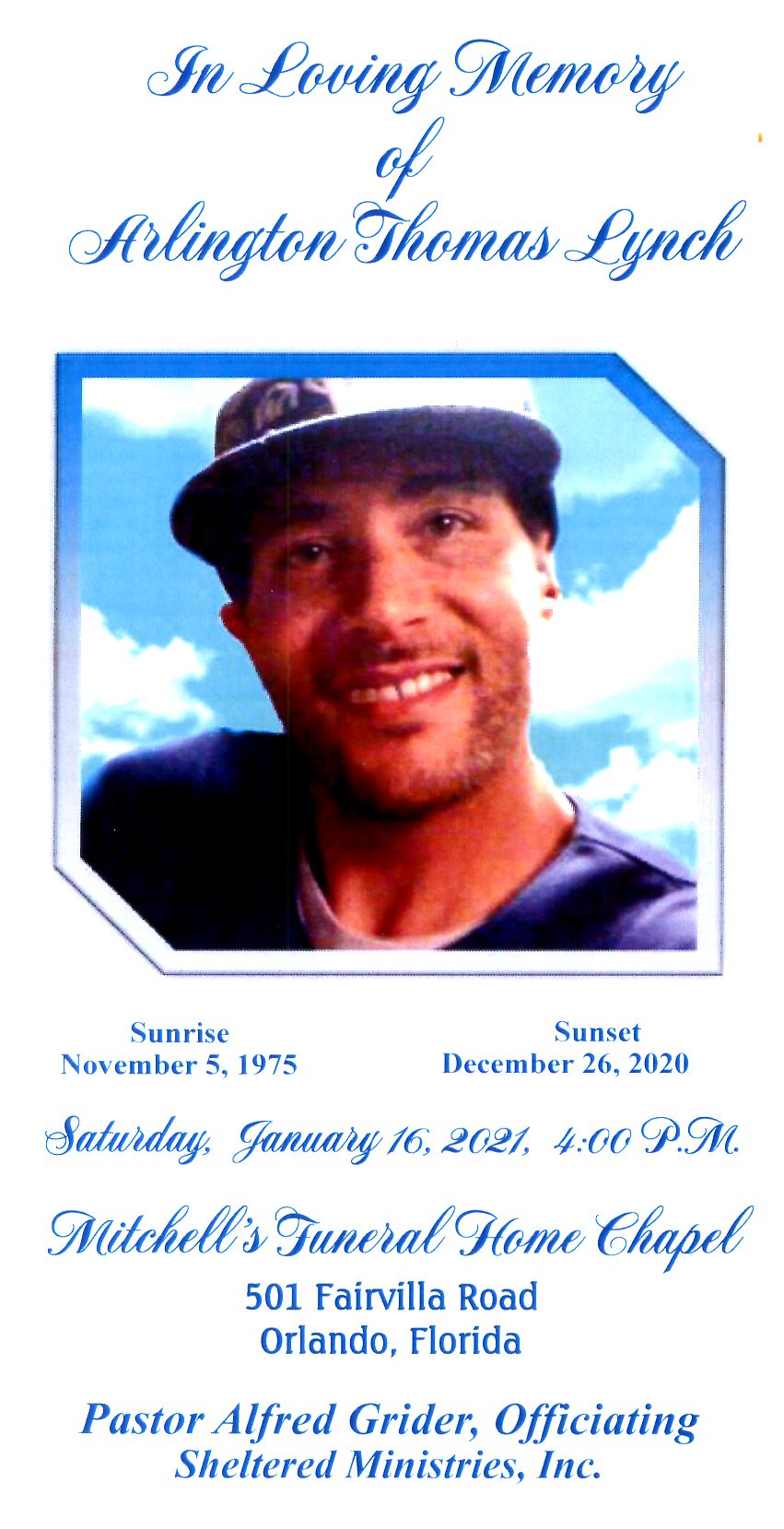 In 1989 Arlington was adopted by Thomas and Estelle Lynch along with his two sisters Tondelayo and Heatherjoy. They had a deep faith in God and instilled that in all of their children. He was provided the best education. He attended Friends Academy in Locust Valley, New York. In 1990 they moved to Wading River, New York.  He would continue his high school education at Shoreham Wading River high school. He grew to be very intelligent at times brilliant. He was skilled in math and computers. He had a contagious personality. He was popular, smart, funny, and athletic. He had a love for basketball. He graduated with his diploma in 1993. In 1995 he attended Oneonta Job Corps in Oneonta, New York. He was the captain of the basketball team and a dorm officer. He graduated with a secretarial certificate.

In December 2001 he had his first child. He had his second child in March 2011 and married Misty Jones in March 2013. He had his third child in October 2014 and graduated from FCC with a certification in I.T. in 2015. He had a set of twins in February 2016. Later that year he won an award and was recognized in the local newspaper as a top salesman for Custom Green.

He is survived by his wife: Misty Jones Lynch; his children: Dyana, Arlington Jr., Tavia, Amaya, and Amare;  his sisters: Shannon, Tondelayo, Heatherjoy, Angela, and Sabrina; his brothers: Stanley and Sean as well as his parents: Estelle and Thomas Lynch; a host of other relatives and sorrowing friends.