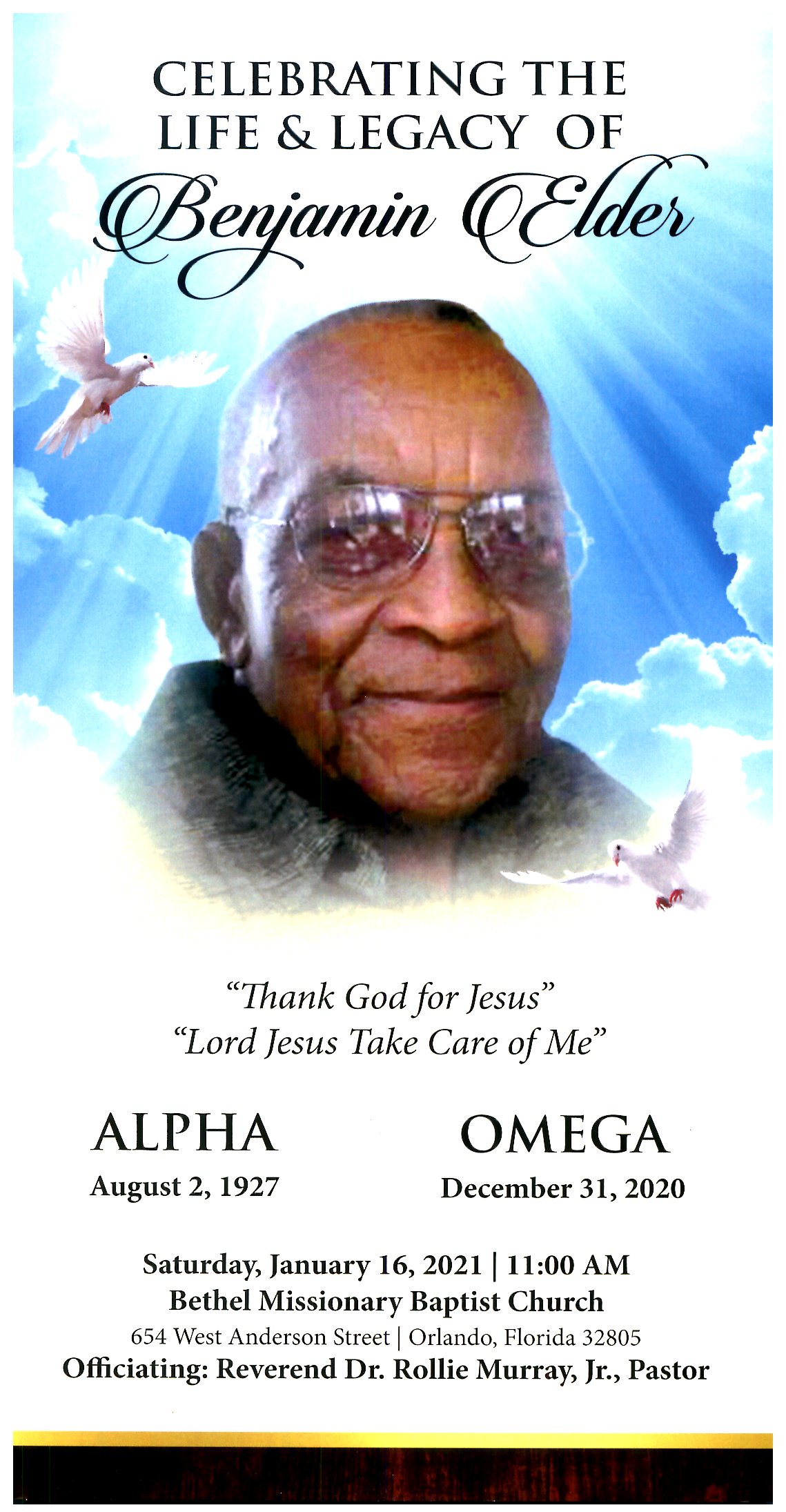 He gave his life to Christ at an early age and was a member of Pleasant Grove CME Church in Troy, Alabama.  He later joined Bethel Missionary Baptist Church in Orlando, Florida where he remained a member until his death.

He was employed in the Orange County Public Schools system and he was a truck driver for several Citrus Fruit Companies throughout Orange County until his retirement in 1989.