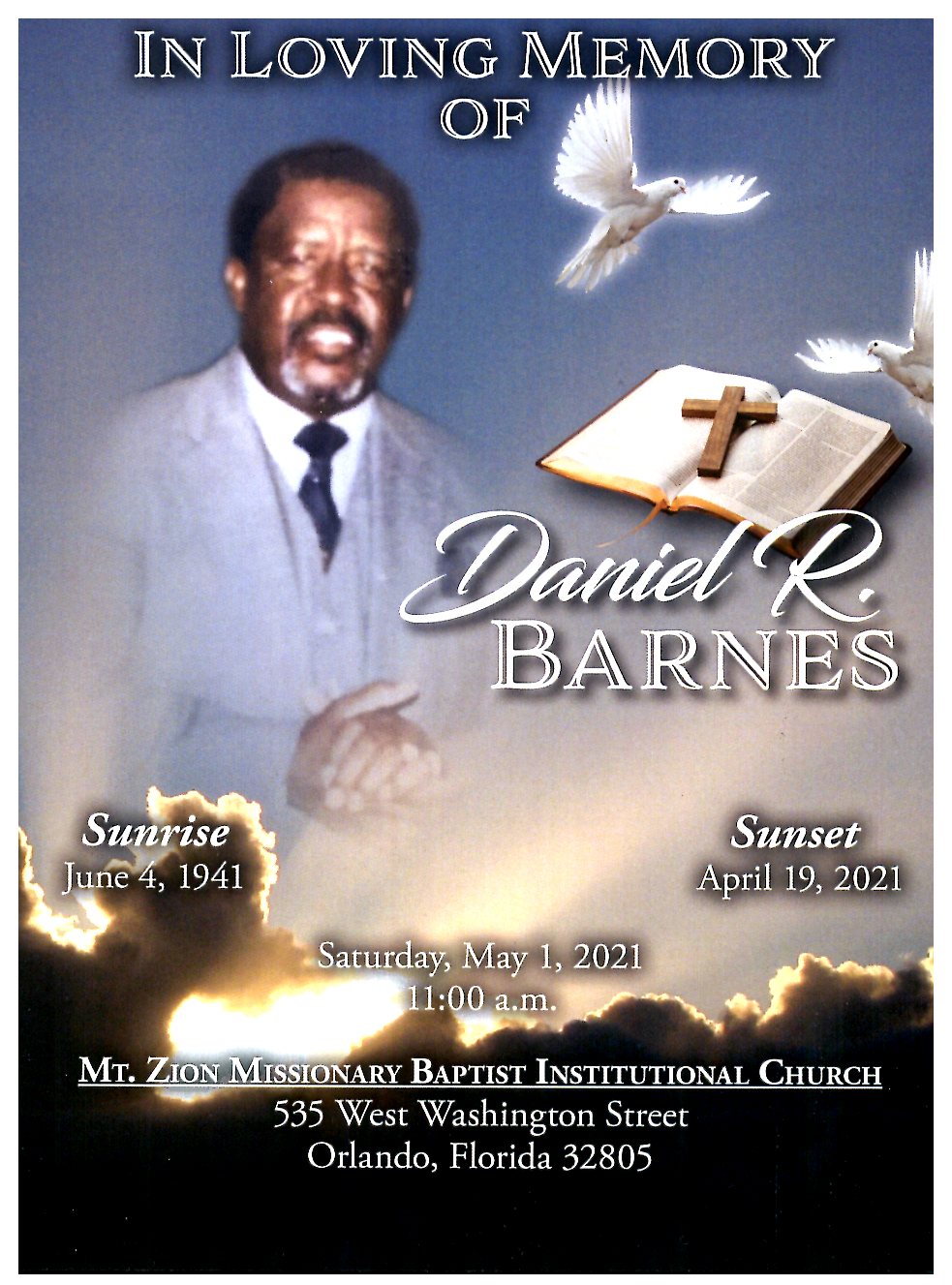 The sunrise began for Daniel R. Barnes, Jr., on June 4, 1941, in Marianna, Florida, to the parents, Lillie Mae and Daniel Barnes, Sr. He moved to Orlando at an early age. He attended Orange County Public Schools and was a proud graduate of Jones High School, 1960. While a student at Jones High School, he enjoyed playing baseball, basketball, and football. He was an amazing athlete.

After graduating from high school, Daniel began his career at Martin Marietta, currently Lockheed Martin. He worked in the engineering department as a technician. He retired after 38 years of service.

During the 1960s, Daniel’s love of sports continued as he ventured on to play semi-professional football for the Orlando Panthers and the Orlando Broncos. His teammates gave Daniel the name ‘Speedy’ because he was a fast runner. He was recognized by many for his swiftness and sportsmanship.

Daniel met the love of his life, Charlie Mae McClendon, in 1956. They married on April 22, 1962. To this union, they had three children: Sharlene D. Booker, Danielle Barnes-Davis, and Nikki Barnes Richards. Daniel and Charlie Mae were blessed with 59 years of marriage.

Daniel’s greatest joy came from being a father and a grandfather. He dedicated his time to his family. He loved outdoor sports, including fishing, baseball, swimming, and car racing.

He was loved by family and friends and respected by all who knew him. He was known for his friendliness, kindness, and outgoing personality. He never met a stranger. His warm smile and sense of humor drew people in and endeared him to everyone he met.

Daniel was a man of service. He volunteered his time and resources to help those in need. His life was one of giving and sharing. He was an active participant in his community.

Daniel was an Mt. Zion Missionary Institutional Baptist Church member and served on the Usher and Trustee Boards.