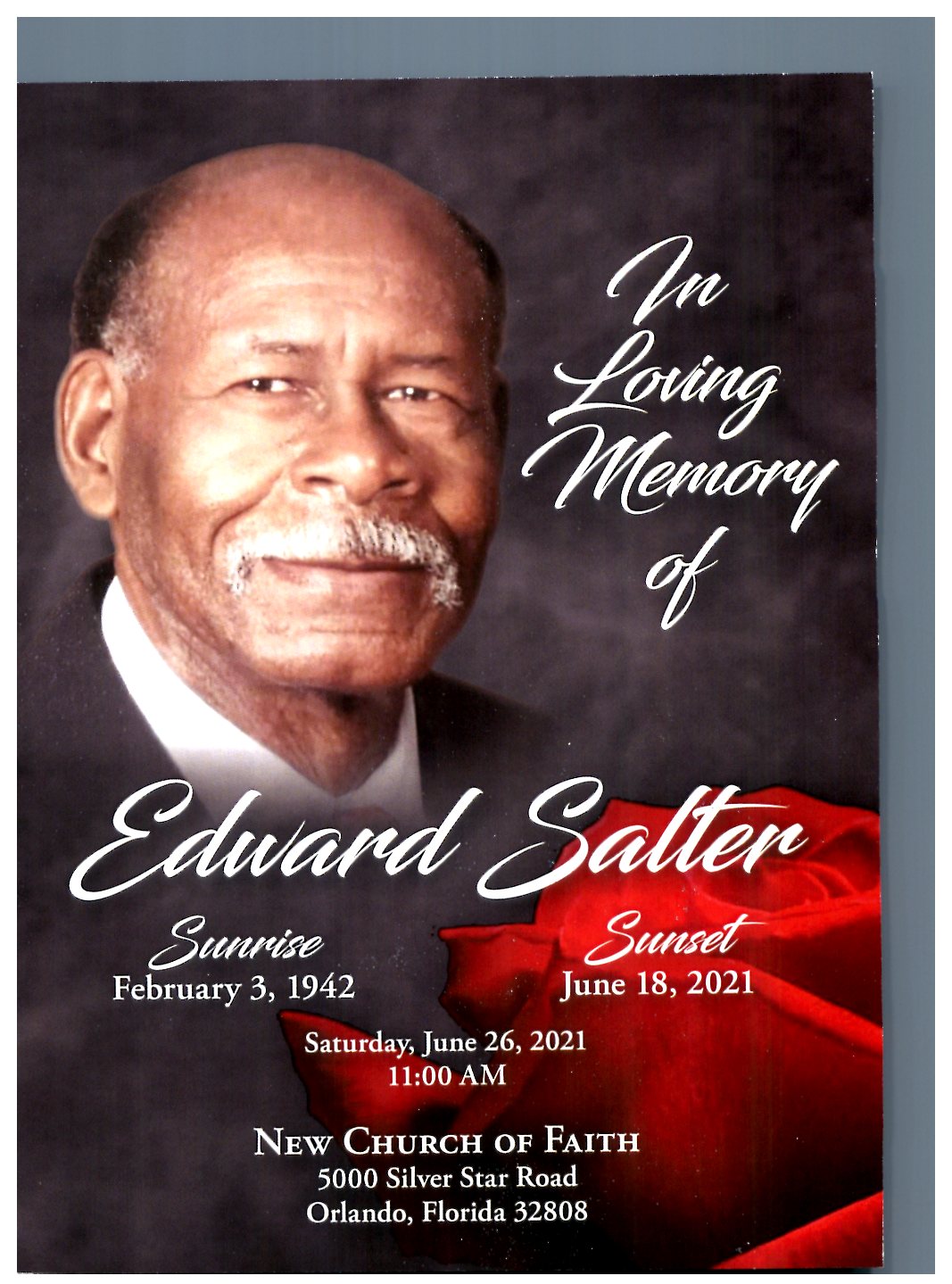 On February 3, 1942, Edward Salter was born in Baker County, Damascus, Georgia, to Leroy and Alice Salter.  He was the youngest child of his siblings: Millie, Lillie,  Magum, A.L., Julia, Emma, Rosa, Clemon, and W.C.

Edward Salter attended elementary school at Christ C.M.E. Church in Leary, Georgia, and he graduated from East Baker High School in Newton, Georgia.  He moved to Florida after graduating high school.  Edward Salter then obtained employment at Morrison’s Cafeteria as a waiter.  He displayed exemplary service with humility.  For this reason, he was well-known as a waiter at Morrison’s for many years.  In 1962, it was there that he met his love Elma Long, who was working at Morrison’s as a baker.

Edward Salter began attending New Life Church with Elma Long. He joined as a member under the leadership of Reverend Sallie Armstead. Edward Salter married Elma Long on June 18, 1965.  To this union was born Tonya Allissa Salter. Edward Salter was a dedicated and present father who took his daughter everywhere he went, including the barbershop. He constantly promoted learning in various forms. He fully supported and attended activities that Tonya participated in, including sports. After working at Morrison’s, Edward Salter worked at SuperFoods and Coca-Cola Enterprises, Inc. as a warehouseman. While at Coca-Cola Enterprises, Inc., he received numerous awards, including certificates of appreciation for dedicated service years and perfect attendance.

Even though Edward Salter lived in Florida, he did not forget about his home state of Georgia. He was a silver member of the East Baker Historical Society, which looked to “promote and enhance the lives of all Baker County citizens and surrounding counties.”  His work also extended to the kingdom of God. During his time at New Life Church, he remained faithful in his service as a Deacon. He did not see any job as too small as he also served as the custodian.