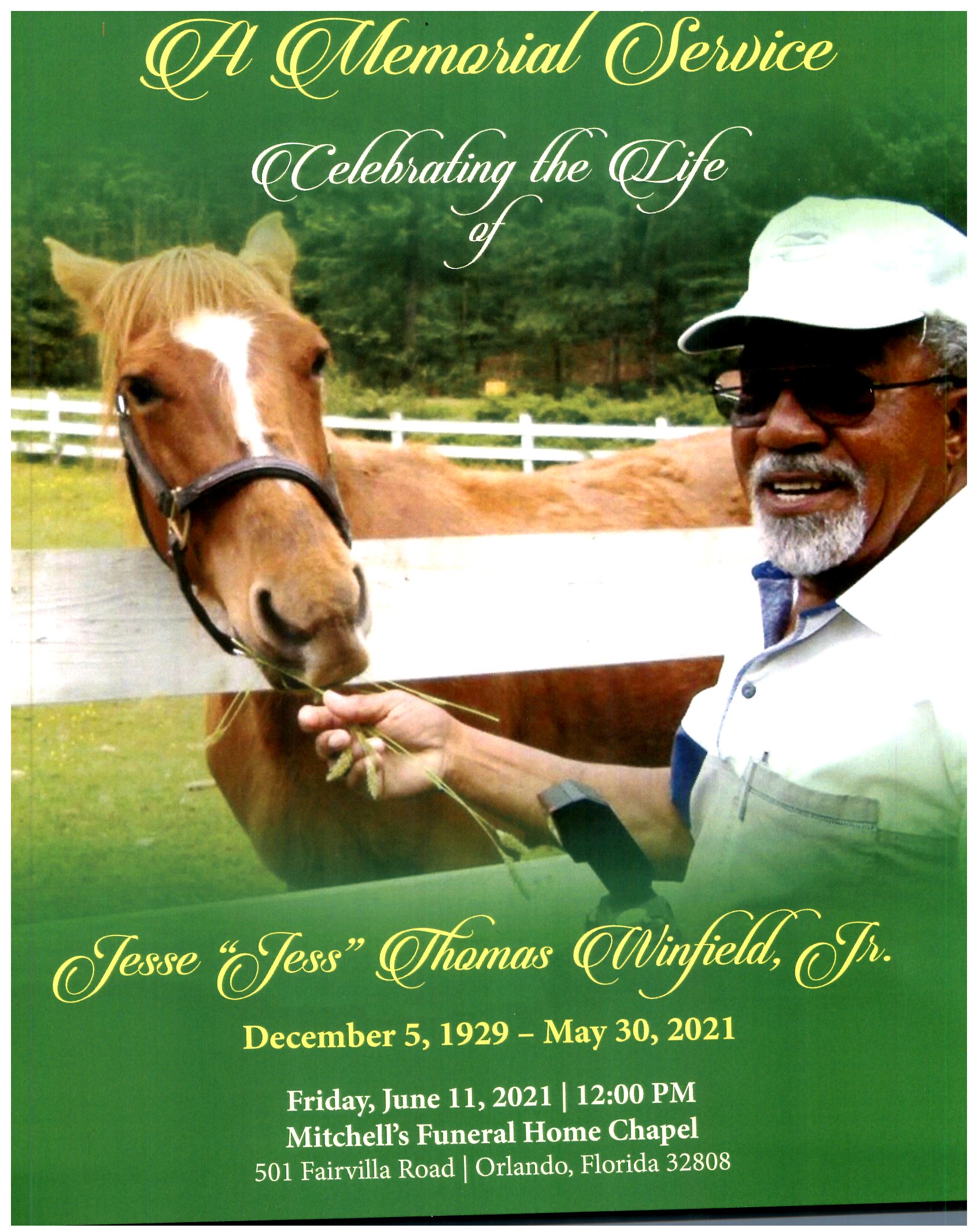 On December 5, 1929, Jesse Thomas Sr. and Gertrude Winfield were blessed with a beautiful son, Jesse Thomas Winfield, Jr. An only child, “Jess” or “Junie” was born in rural Princess Anne County, Virginia Beach, Virginia. He graduated high school and took some college courses before enlisting in the United States Army.

In the ’50s, Jesse met and married Delores Reid, and to them was born Jesse T. Winfield, III (Tommy).  Jesse and Delores divorced in the ’60s; afterward, Jesse moved to Orlando, Florida, where he later met and married Hortense Woodard.

After moving to Orlando, Jesse secured a job as Supervisor of Transportation with Jordan Marsh/Leu Terborg. After working many years for the company, he retired. Later he took a job with the Southland Corporation as a truck driver. He was a highly skilled driver who, from time to time, would patiently teach others how to drive.

Jesse’s personal life was productive, as well. For many years he cultivated a garden in Deland, Florida, and one in the back of his home. He took pride in growing vegetables, often sharing his bounty with others. Furthermore, he was masterful at creating and fixing things. He once took a 1957 meat truck and converted (transformed) it into an RV; he and Hortense would spend many weekends in the country living out of the RV because Jesse also loved fishing and camping. He delighted in playing word games, especially Scrabble, and he would play a crossword puzzle daily. These activities helped him to develop an extensive vocabulary. Playing with and caring for his beloved cats also delighted Jesse.

Jesse was a former faithful member of El Bethel Temple of Jesus in Orlando, Florida. In 2014, Abiding Faith Christian Church (Gainesville, Florida) inducted him into the Golden Eagles; these individuals were monumental in the church's success.