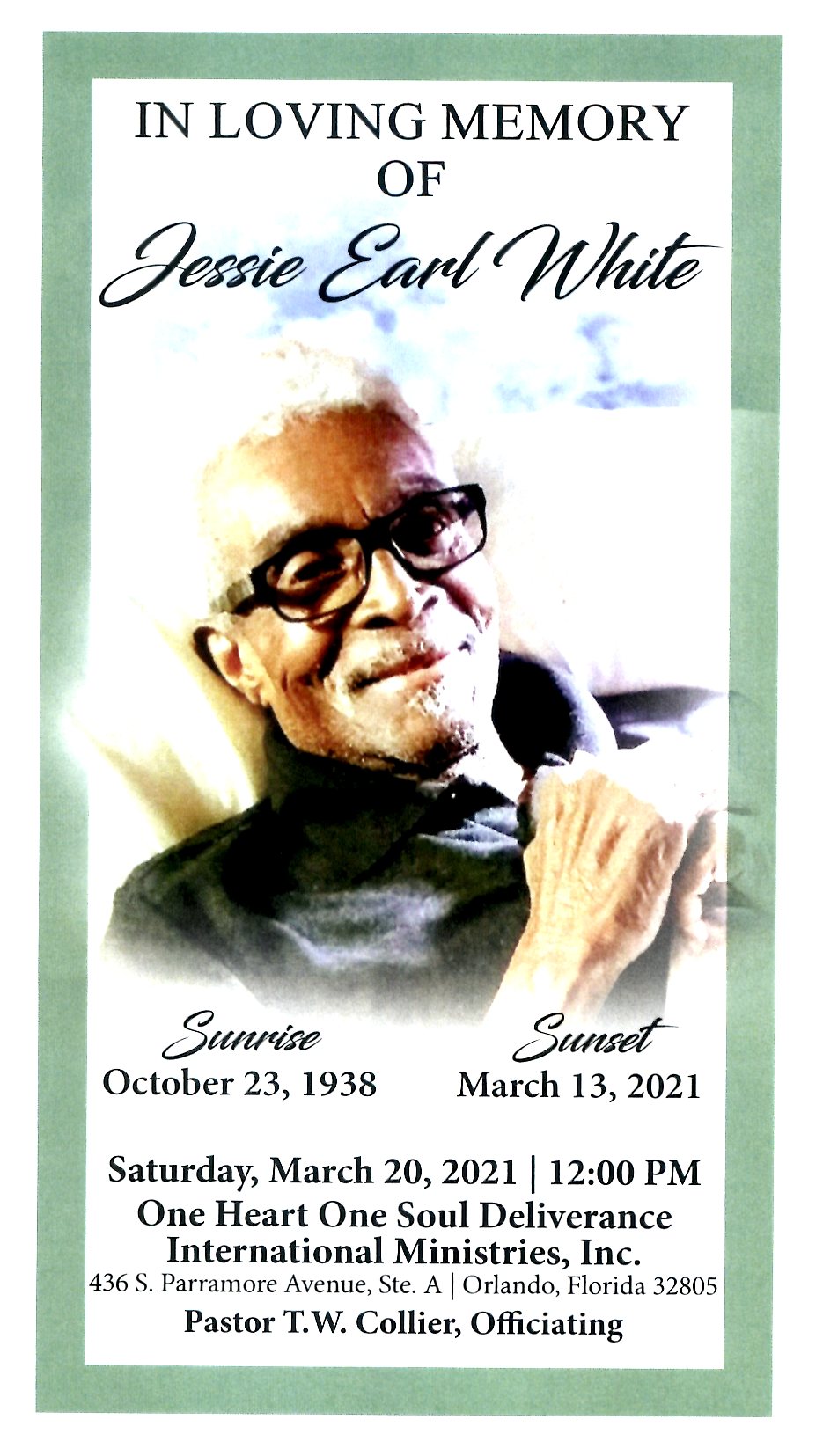 Jessie Earl White was born in Slocum, Alabama on October 23, 1938, to his parents, the late Jessie Lee and the late Eula Mae White. As a young child, he and his family relocated to Orlando, Florida where he attended Orange County Public Schools.

Earl, as he was affectionately called by many, had a passion for the sport of boxing and earned the opportunity to train professionally; meaning he had skills. His other passion was fishing the ocean. Being a career entrepreneur gave him the flexibility to go boating often.

For over 40 years, Earl worked as a contractor and landscaper for the Bay Hill Association. He was a hard worker and a man of wisdom who was always willing to advise those in his company by setting the example. He would often teach the importance of wholesome families and self-leadership. Earl was a light to those who were in darkness.

His family meant everything to him and he took much pride in being a loving and devoted father, grandfather, and friend. Earl will always be remembered as a powerful and strong man of his word, who invested his life showing and not just telling others the right things to do in life.