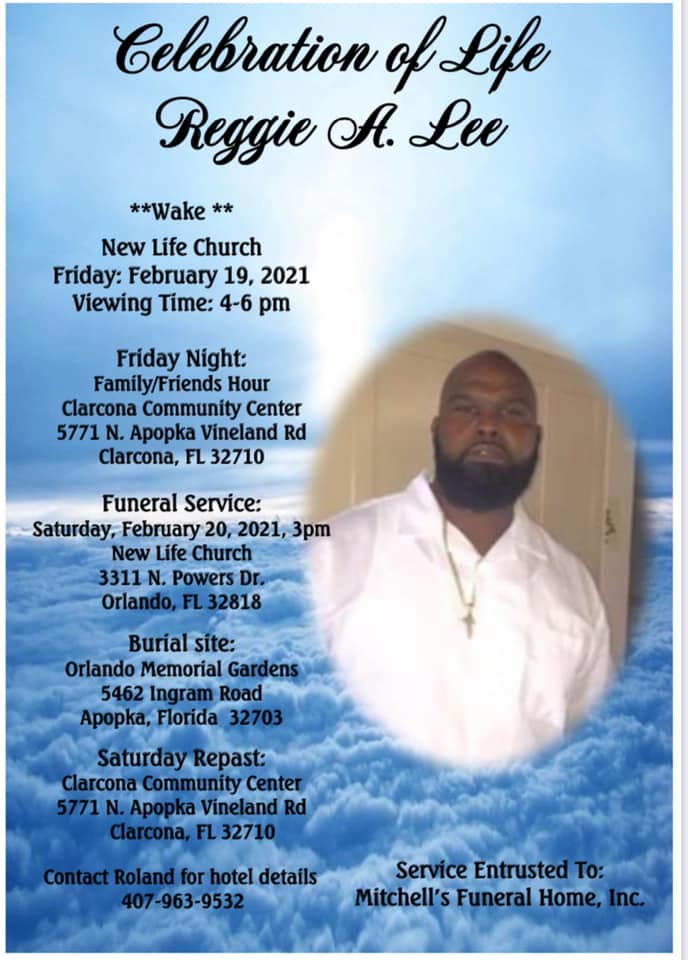 The story began October 26, 1973, in Sarasota, Florida when a beautiful baby boy was born to Roland, Sr, and Gloria Lee. Reggie is also known as “Big Lee” received his primary education in Sarasota public schools graduating from Sarasota High Class of 1992. After high school, Reggie’s love for football sent him to Copiah-Lincoln Community College in Wesson, MS where he was an All-American. He transferred to Florida A&M (FAMU) as a sophomore where he played Defensive Tackle and was named 2-time All-MEAC and 1st Team All-American in 1995. Reggie gained his Bachelor of Science degree in Criminal Justice and after college, he continued his passion for football with Orlando Predators Arena Football League (AFL) for 10 years where he played DL/OL. Reggie retired from AFL and began working with Waste Management in 2009-2012 before transitioning to Orange County Public School at Wekiva High School. He worked as a Job Coach for special needs students in the ESE Department. However, Reggie’s biggest enjoyment was coaching football to the young men at Wekiva High.

Reggie was united in marriage to Cathy Michelle Edwards on August 31, 2002. To this union 1 beautiful son was born, Caleb Rashard. Reggie and Cathy (Cat) enjoyed family and friends where they often hosted many gatherings, called “Lee Productions”.

Reggie was more than just a football coach; he was an inspiration working with the youth in multiple capacities (mentor, benefactor, caregiver, chauffeur, etc). Reggie is gone but his spirit lives on especially in the young men at Wekiva High whom he touched so deeply.

Reggie was initiated into Phi Beta Sigma “The Hard Alpha Eta” on Florida A&M (FAMU) campus Summer 95’, his love for the brotherhood and the Blue & White will never fade away. Reggie was a son, brother, husband, father, and friend all roles he cherished so much. He was the life of the party; he lit up the room with his jokes and laughter. “Big Lee” will always be loved and never forgotten.

He leaves to cherish his memory a loving wife: Cathy Michelle; 1 son: Caleb

and Lee Hill; a host of great-nephews, great-nieces, cousins, family and

friends who will miss and embraces his memories.