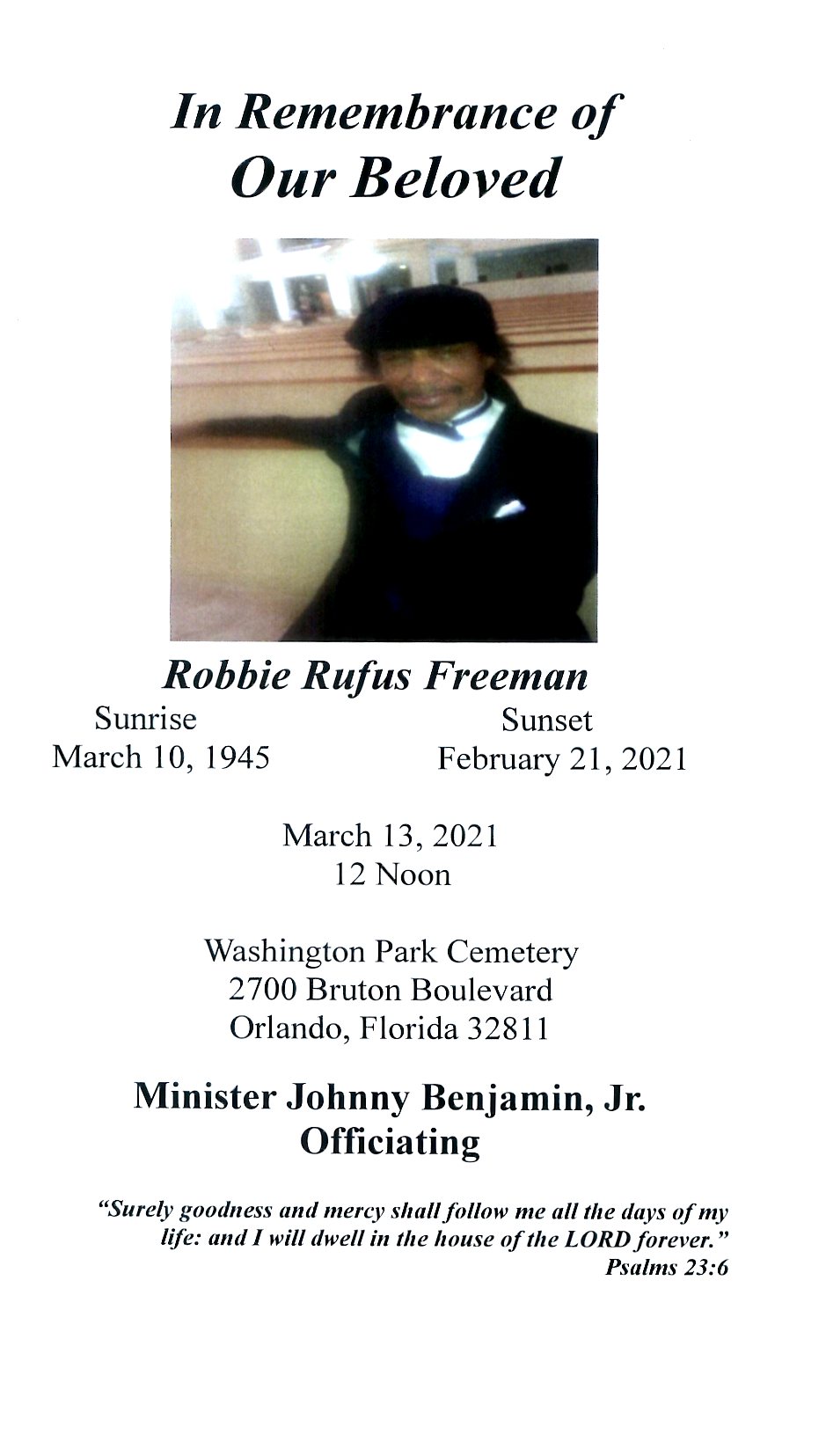 Mr. Robbie Rufus Freeman, affectionately known as "Red," was born Saturday, March 10, 1945, in Midway, Florida. His parents were Orlander and Julia Williams Freeman. Robbie attended the local public schools, and He accepted the Lord at an early age.

"Red" worked for the City of Orlando in the Waste Management department for years and was known for his kind and gentle ways. He passed away Sunday, February 21, 2021, in Orlando, Florida.

He leaves to cherish his memory, his daughter, Latoya, a host of siblings, his family at the City of Orlando, and a host of sorrowing friends.

He Only Takes the Best
God saw that he was getting tired,
A cure was not to be.
So He put His arms around him
and whispered, “Come with Me.”
With tearful eyes, we watched him suffer,
And saw him fade away.
Although we loved him dearly,
We could not make him stay.
A golden heart stopped beating,
Hardworking hands to rest.
God broke our hearts to prove to us.
He only takes “the best.”