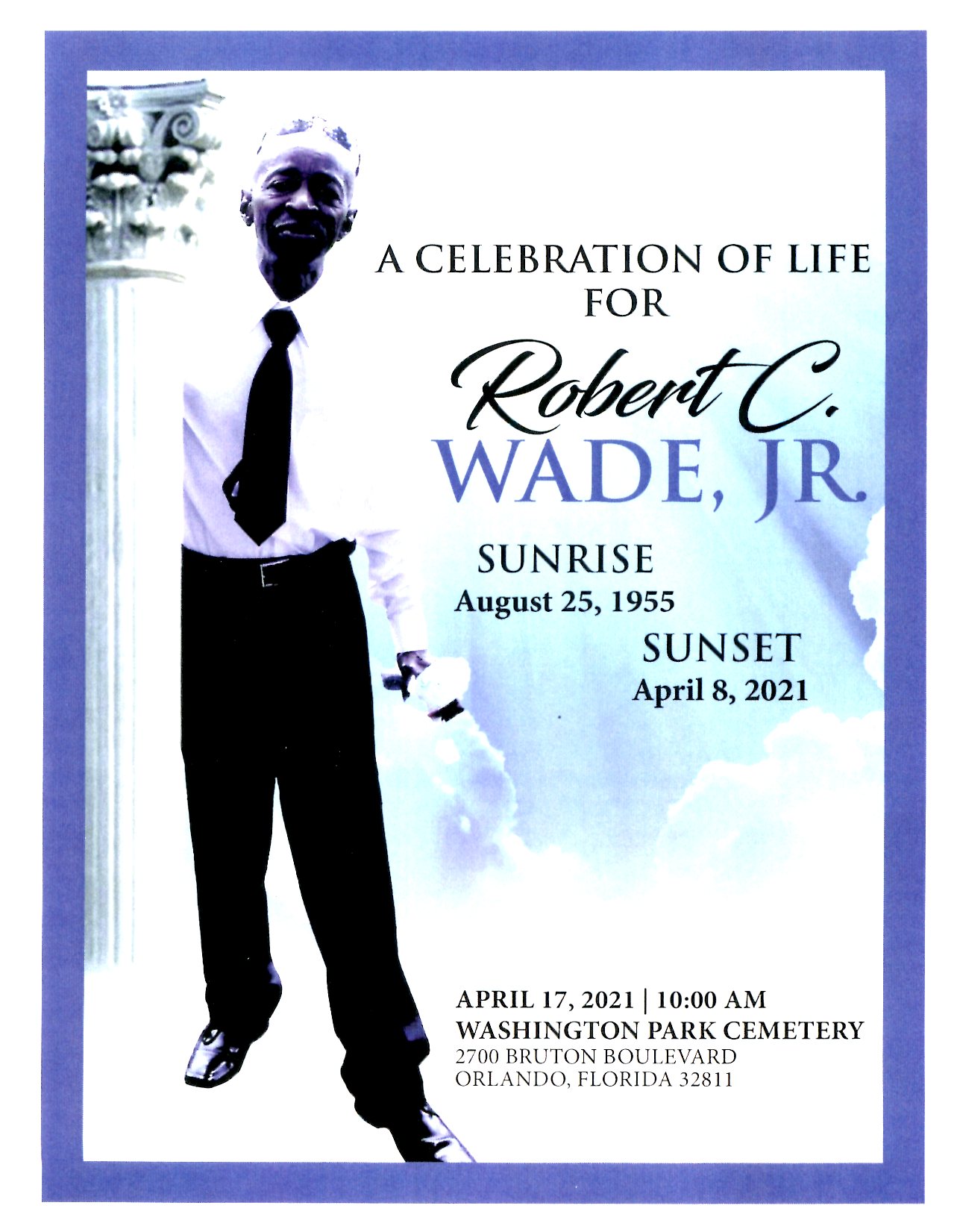 Robert Wade relocated to Orlando, Florida, with his family in the late ’60s. He attended St.John Missionary Baptist Church with his family. After graduating from Maynard Evans  High School, he worked at Red Market Produce for a short time. Wade later began his trucking career driving long distances for several companies and managed a club in Opelika, Alabama, for a short period of time before returning to trucking. He started driving for TWA Electric Motors Company, where he worked for 18 years until he retired.

Wade was the proud father of four children and a consummate friend. He was always there for you, speaking the truth to you whether you wanted to hear it or not.  He showed his love to his family and friends not only by words but also by his actions.