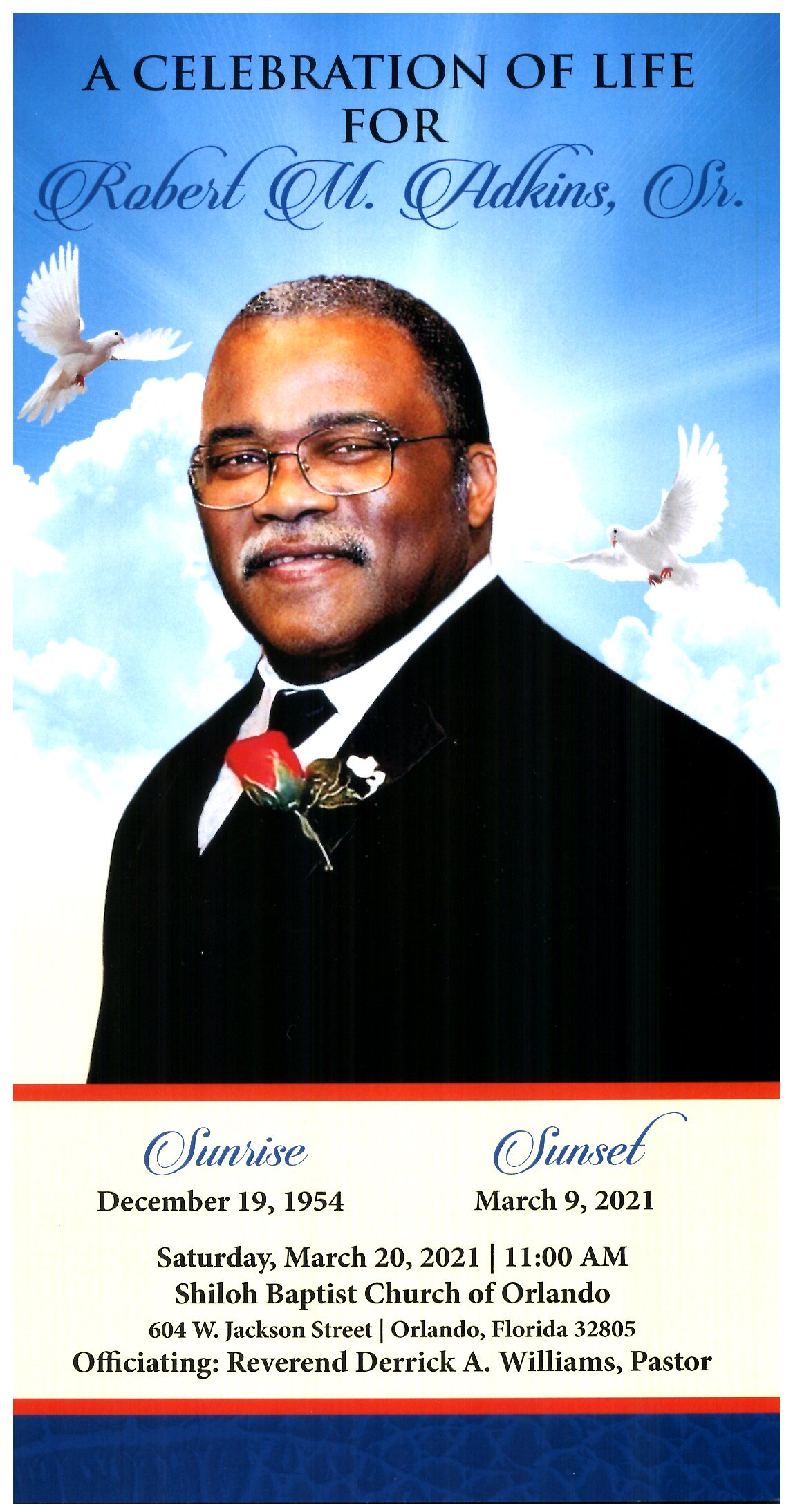 Robert Maurice Adkins was granted his angel wings on March 9, 2021, at the age of 66 in his hometown of Orlando, Florida. His battle with colon cancer in recent years showed his courage in facing life challenges with a smile. Despite the pain, Robert defeated all odds, came out a hero, and stayed strong until the end. He was surrounded by loved ones who will continue to honor his legacy by living their lives to the fullest.

Robert was born to Delores (Smothers) Adkins and Willie James Hoskins on December 19, 1954. After graduating from Edgewater High School in 1973, he continued his education and love of football at the University of Florida. There, he completed his Bachelor of Arts in Education in 1978 while earning the nickname “Bulldog” as he poured his heart into his position as defensive end.

Robert taught 5th grade English at Durrance Elementary School in Orlando for five years, and later earned his Master of Education at the University of Central Florida in 1982. He then transitioned into a career in the transportation industry, where he retired from YRC Freight (formerly Roadway) as a Logistics Supervisor after 30 years of service.

Robert’s interests included fishing, traveling, dancing, and painting. He devoted much of his time and energy to spending great quality time with his family, friends, and Gator football buddies.

He was preceded in death by: his brother, Mitchel Jerome Adkins; grandmother, Elizabeth Smothers; granddaughter, Brittany Thomas; and Godparents – Nathaniel and Rosylin Jones.