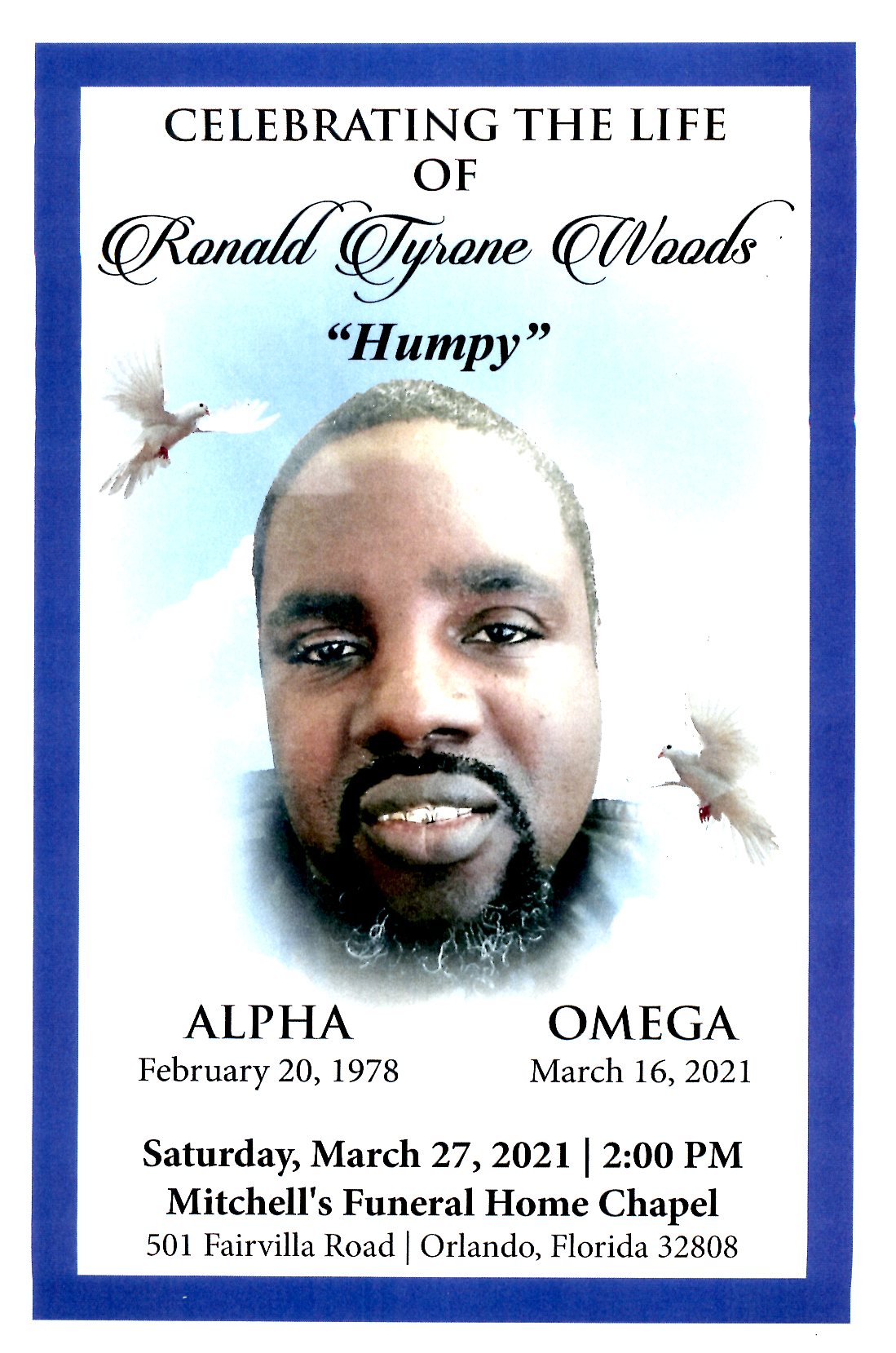 Ronald Tyrone “Humpy” Woods was born on February 20, 1978 in Orlando, Florida to his parents, the late Laverne Wilson, and the late Bennie “Gene” Woods. He was one of six children born into this family.

“Humpy”, as he was affectionately called by his family and friends, attended the public schools of Orange County Florida. He was a humorist at heart. He loved telling jokes and making others smile.  He was a peacekeeper and a giver personified. Even in his long-term illness, he was always willing to give.

He loved and appreciated his family, and took on the role of taking care of his family as best as he could. He wanted to be a part of everybody’s life. He always spoke of how much he loved his family. So family, be encouraged as you always remember the love Humpy gave each of us, daily.

He was preceded in death by: his parents and his sister – Carolyn Gude.

He will be remembered with much love by: his brothers – Bennie Woods, and Craig Chavers; and his sisters – Deborah Gude, Theasa Chavers, Tammie Jenkins (Terrence), and Farrah Woods.