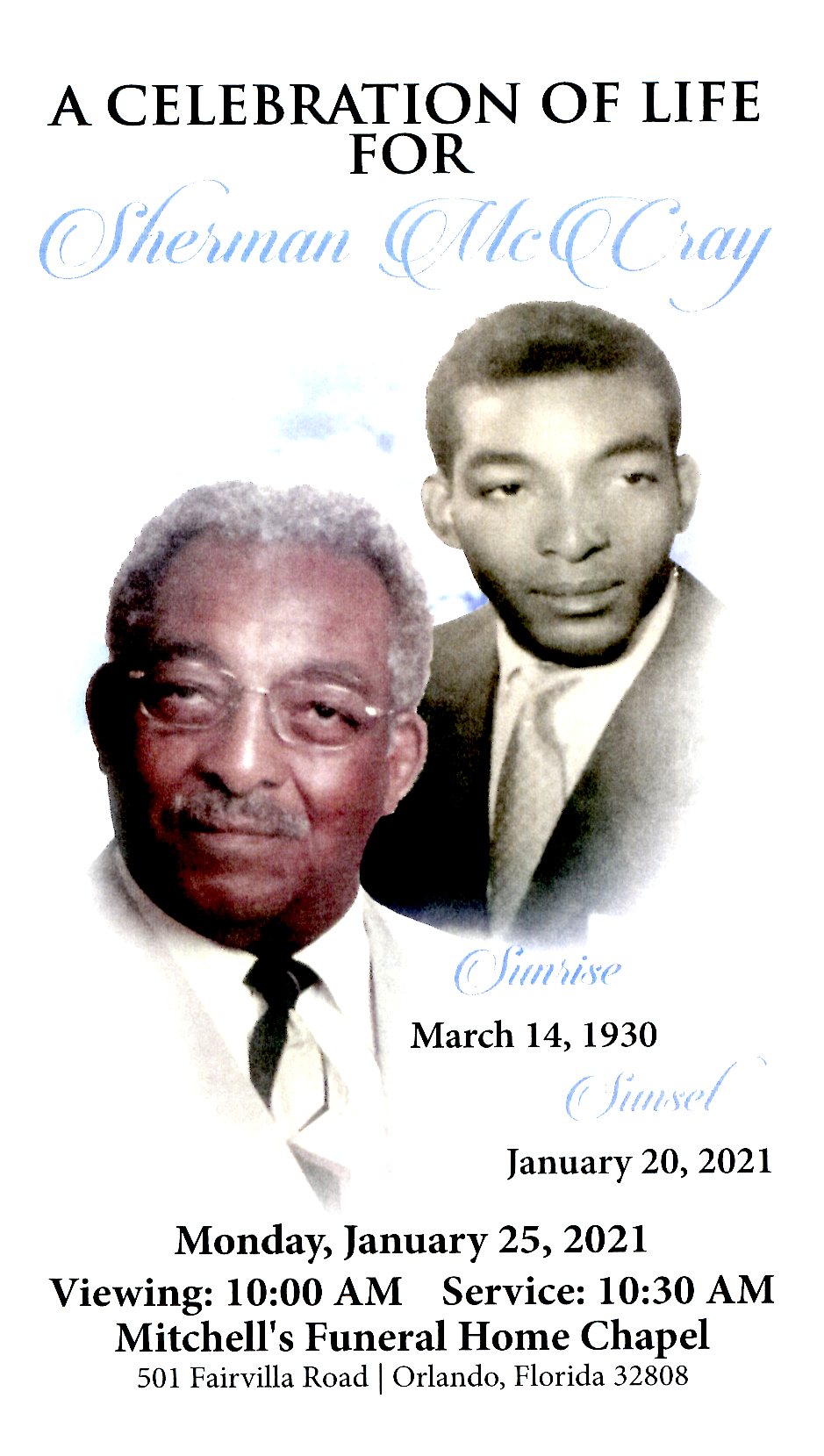 Sherman McCray was born on March 14, 1930, in Birmingham, Alabama to the late James (Willie) and the late Mary Etta McCray (Thornton). Another influence in Sherman’s life was his stepfather, Mr. Joe Thornton, who raised Sherman from early childhood to a young adult.

Sherman believed in self-improvement through education. He received his formal education in Jefferson County Schools. He graduated from
A. H. Parker High School where he played the saxophone and clarinet in the marching band. Sherman continued his education and attended Wilson Junior College, the Illinois Institute of Technology, and then studied in
New York.

Sherman believed in a Higher Being and trusted in his faith.

In 1948, Sherman accepted his call to serve his country. He joined the United States Armed Forces where he served as a Bandsman and Marksman. After serving a tour in the Korean War, he re-enlisted in the National Guard, where he received an honorable discharge.

Sherman was a hard worker and known by his handle name as “Mac.” His employment expanded many years from working as a sanitation worker for the City of Chicago. He worked as a civil servant, delivering mail for the United Parcel Service (UPS). Sherman spent 25 years driving for the Roadway Trucking Company until his retirement.

Sherman loved life and his favorite activities were reading, listening to jazz music, and reminiscing about his adventures. He enjoyed spending time with family, traveling the world, driving cross country in his truck, and going on vacation. Sherman felt strongly about health and self-motivation. Among his favorite sayings were “Life is simple, people make it hard” and “Self-preservation is the first law of nature.”