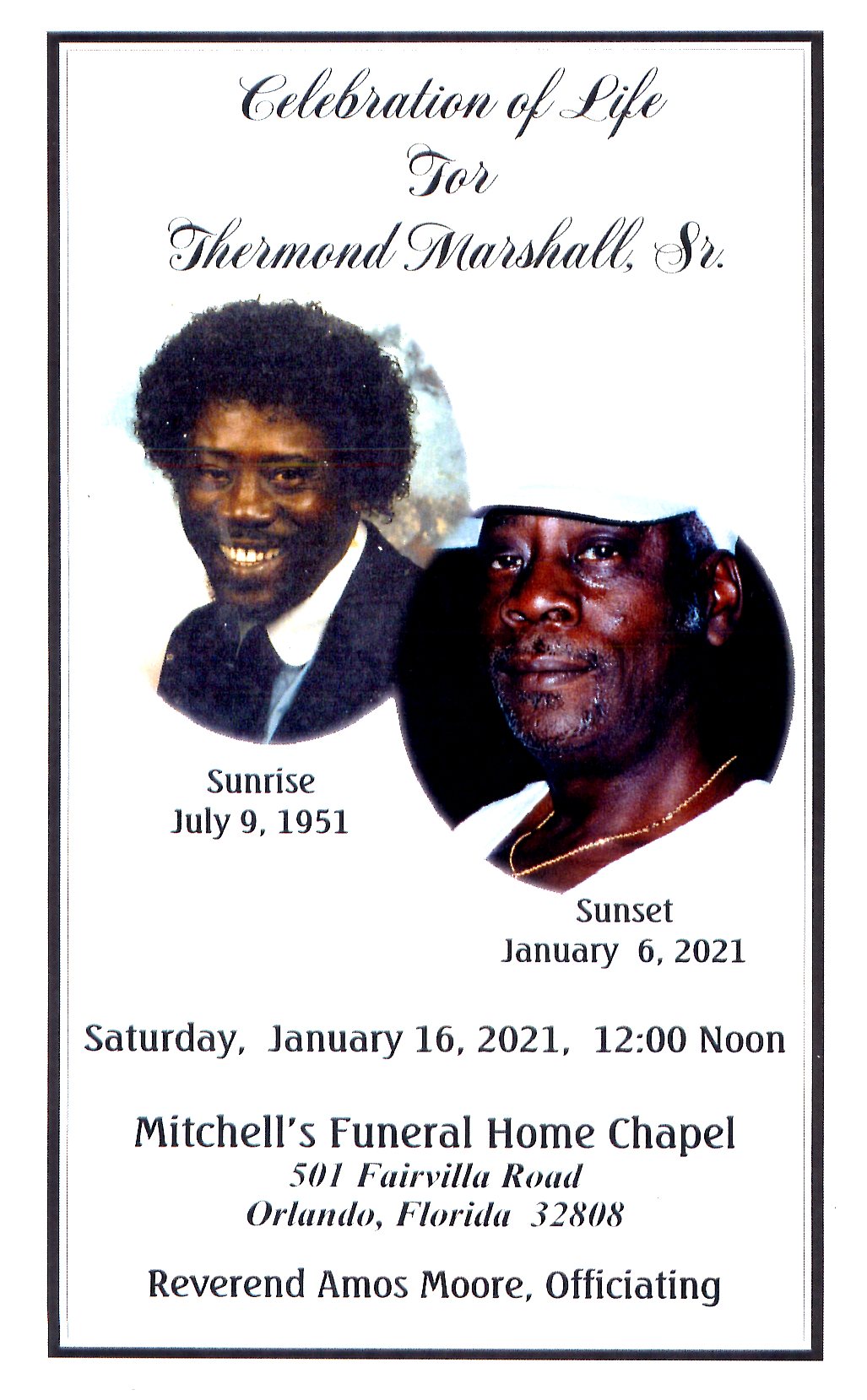 In June 1997, he met his soulmate Laurie Fortier and they were united in holy matrimony on May 1, 2001, in Orlando.

He was preceded in death by his parents: Johnny and Mercedes Marshall; his son: Thermond Marshall Jr.; three sisters: Willie Beatrice Gavin, Victoria A. McKinster, and Sandra Faye Marshall.

His big heart, humor, kindness for others, and unconditional love will be missed every day.