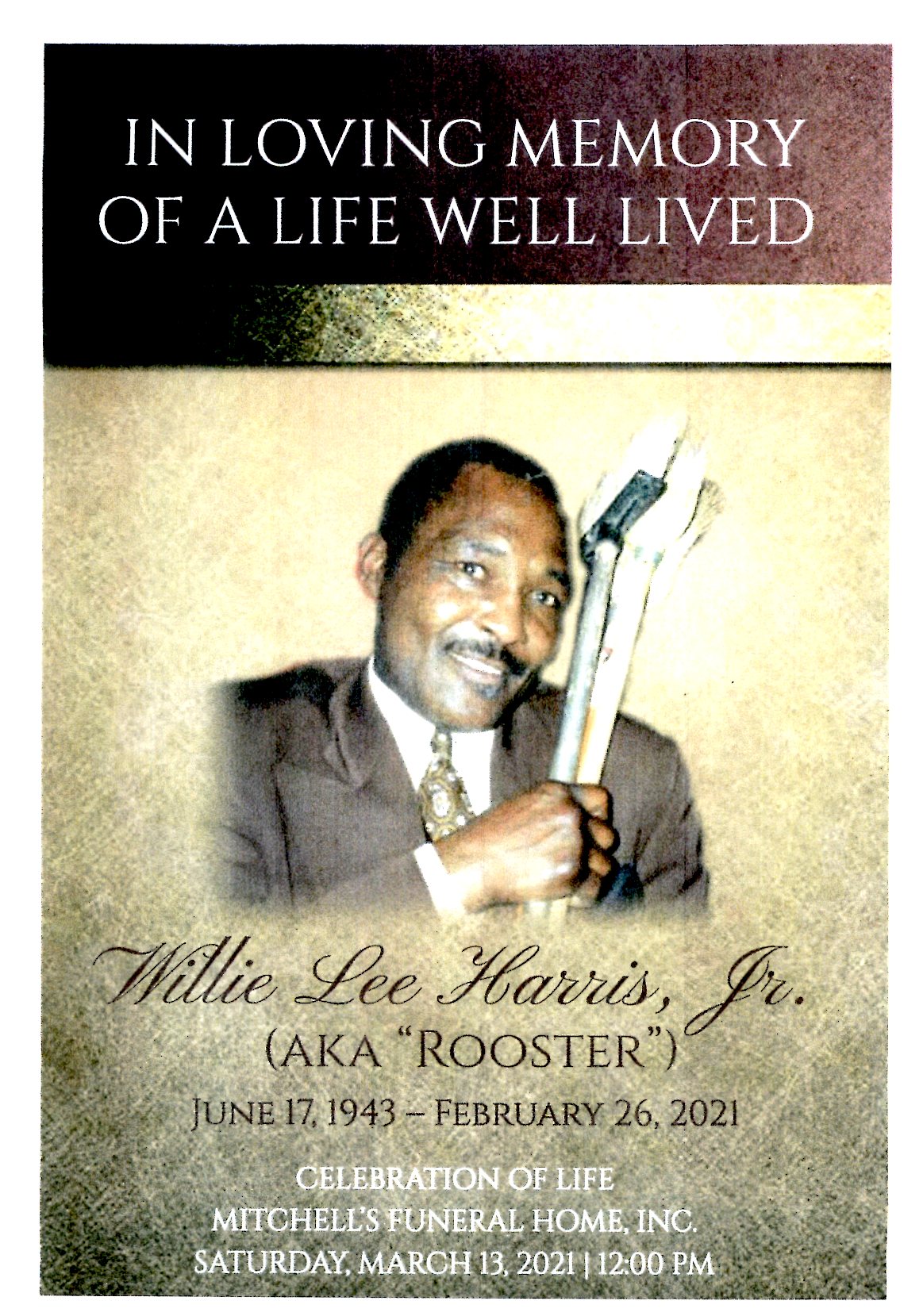 All his life, he worked hard, and played hard.  He saw a lot in his lifetime, things that brought him joy as well as tears. He was a warrior and a gladiator and was determined to overcome his internal battle with health issues that at times tried to steal his joy and happiness, but he refused to give up and continued on with the fight.

He had an infectious laugh and a genuine smile. He loved his family deeply and wore his heart on his sleeve. Although he spent most of his adult life in Orlando, Florida, until his demise, he had an opportunity to travel the country and lived in Maryland and California for an extended period of time that brought him tremendous joy and happiness. He was a 49ers faithful, enjoyed the outdoors, and a fanatic for Westerns and Wrestling television series.

On Friday, February 29, 2021, God looked around his garden and found an empty place; he then looked down upon the earth and saw Willie’s tired face.  He put his arms around him and lifted him to rest.  I would imagine God’s garden must be beautiful.  He always takes the best!

The loss is unmeasurable, but so is the love left behind.

His Celebration of Life will be Live Streamed https://www.aioproductionstream.com/livestreaming