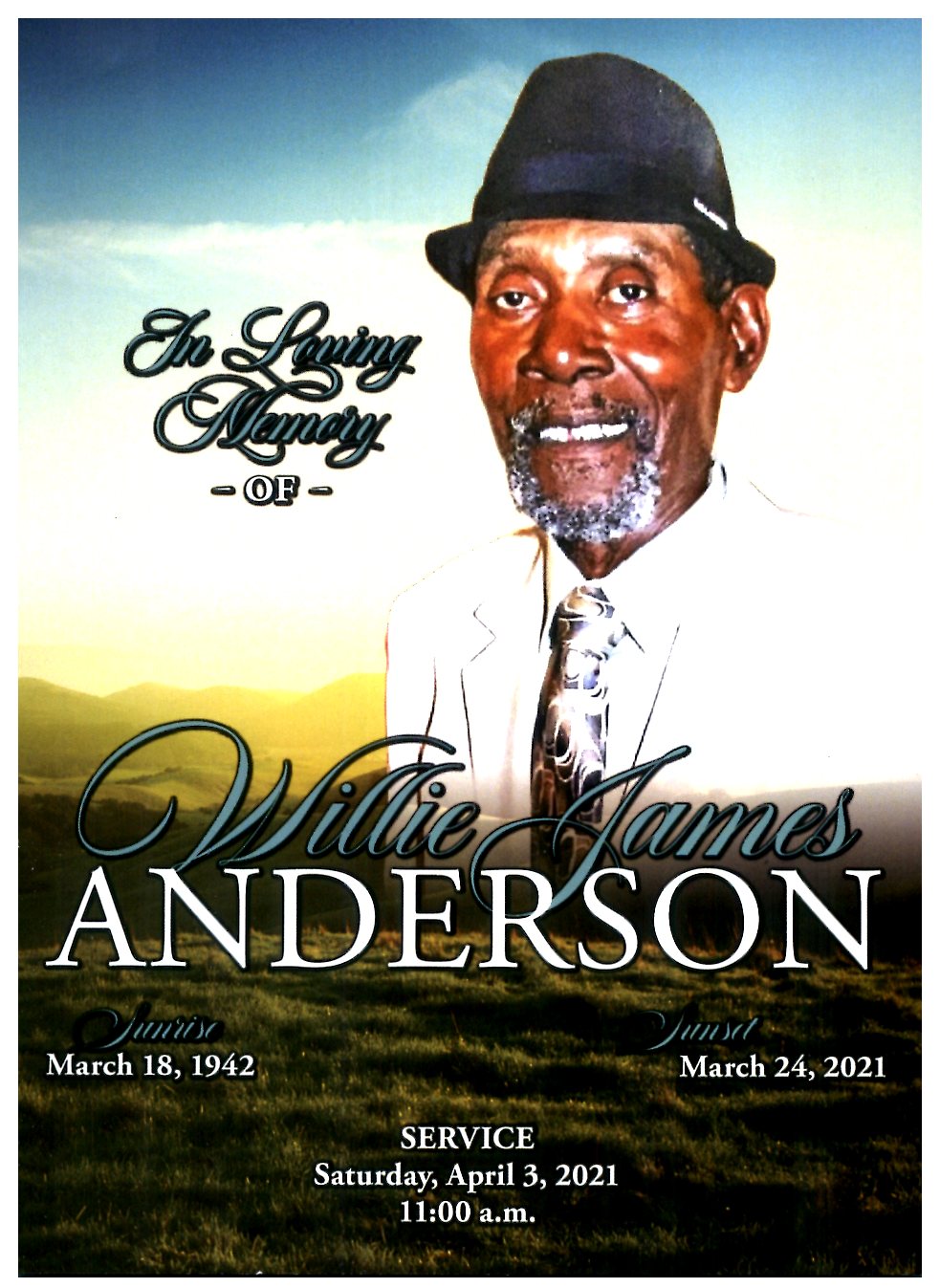 Willie James Anderson was born March 18, 1942, in Clarksdale, MS to Willie and Betty Anderson. Willie Anderson attended the Public Schools of Quit Man County Marks, MS. He confessed a hope in Christ at an early age and united with New Bethel M. B. Church in Vance, MS, under the leadership of Rev. Anthony Nolley.

Willie was 20 years old when he met his lovely wife Christine who was 18 at the time. On January 11, 1963, they were united in holy matrimony. Willie later moved his wife Christine from Mississippi to Florida; to that union, four beautiful children were born.

Willie worked at Waste Management Inc. for 26 years. He then became an entrepreneur, using his many talents, and started his own small business, Slim and Son Lawn Service. This company became one of the many joys in his life.

The Lord saw fit to call our beloved Willie to his eternal resting on March 24, 2021, at Health Central hospital at 9:23 am. His departure is a deep and personal loss to his family and many friends, and he will be greatly missed by them all.