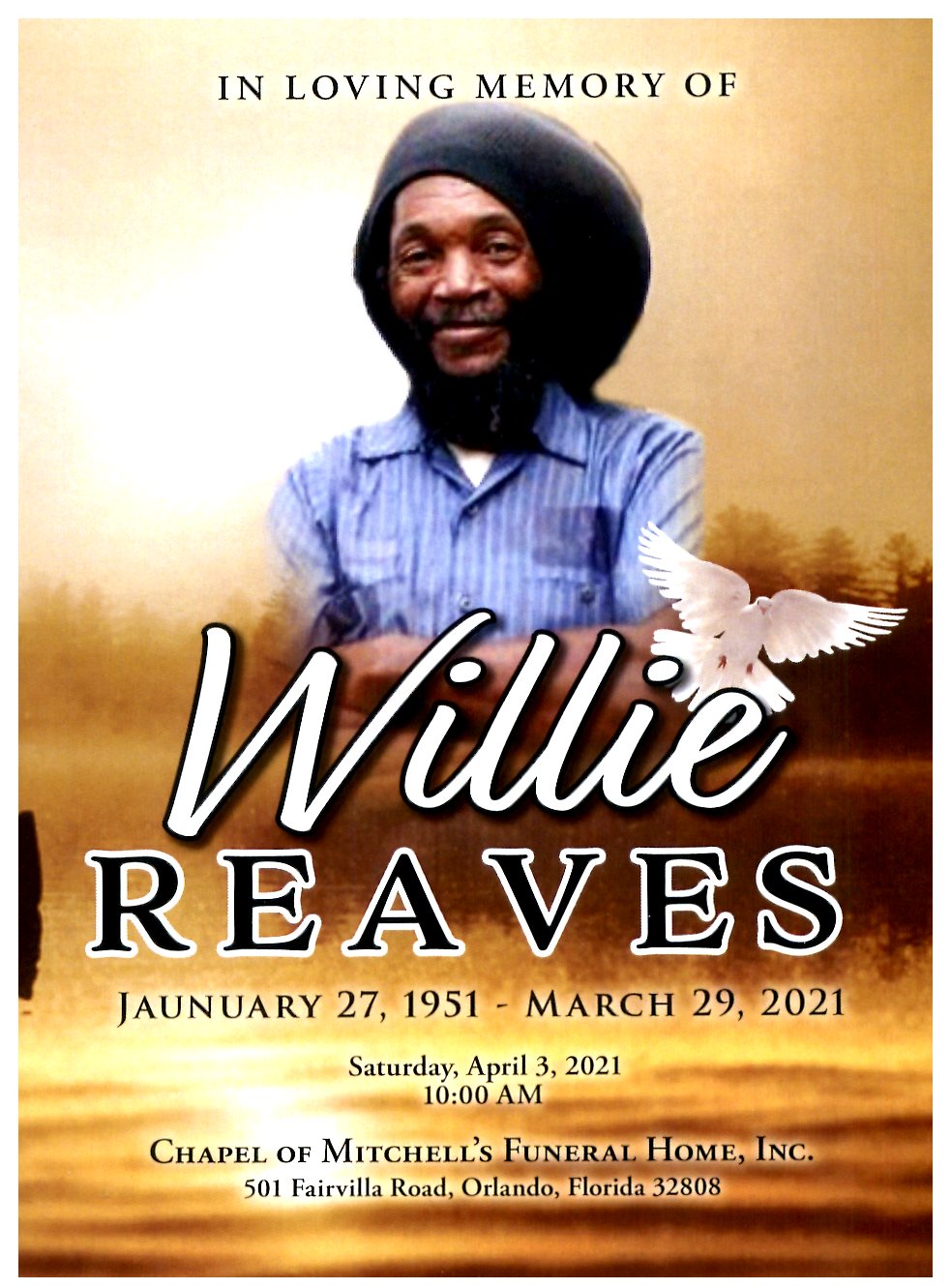 On Monday, March 29, 2021, God saw the road getting tough and the hills too high to climb. God whispered to Willie, “You’ve fought a good fight, you’ve finished your course, and you’ve kept the faith. Henceforth there is laid up for you a crown of righteousness.”