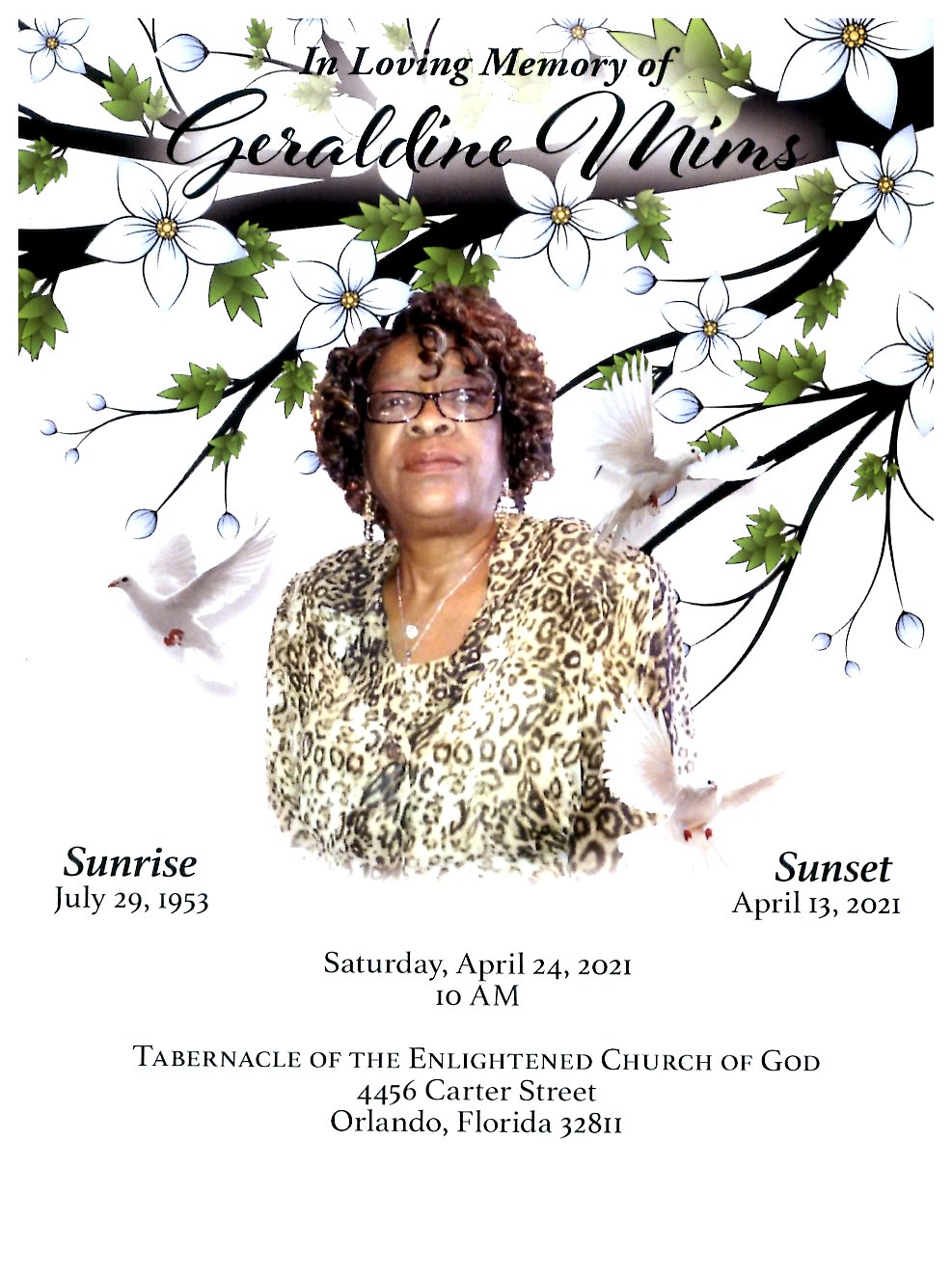 Mrs. Geraldine was born in Barnesville, Georgia. She lived in Miami, Florida, most of her life and attended Miami Jackson Senior High School. As she was called, Gerri later attended Miami Dade College to earn her degree in Business Administration. She later moved to Orlando, Florida, where she met her husband, Collins Mims.