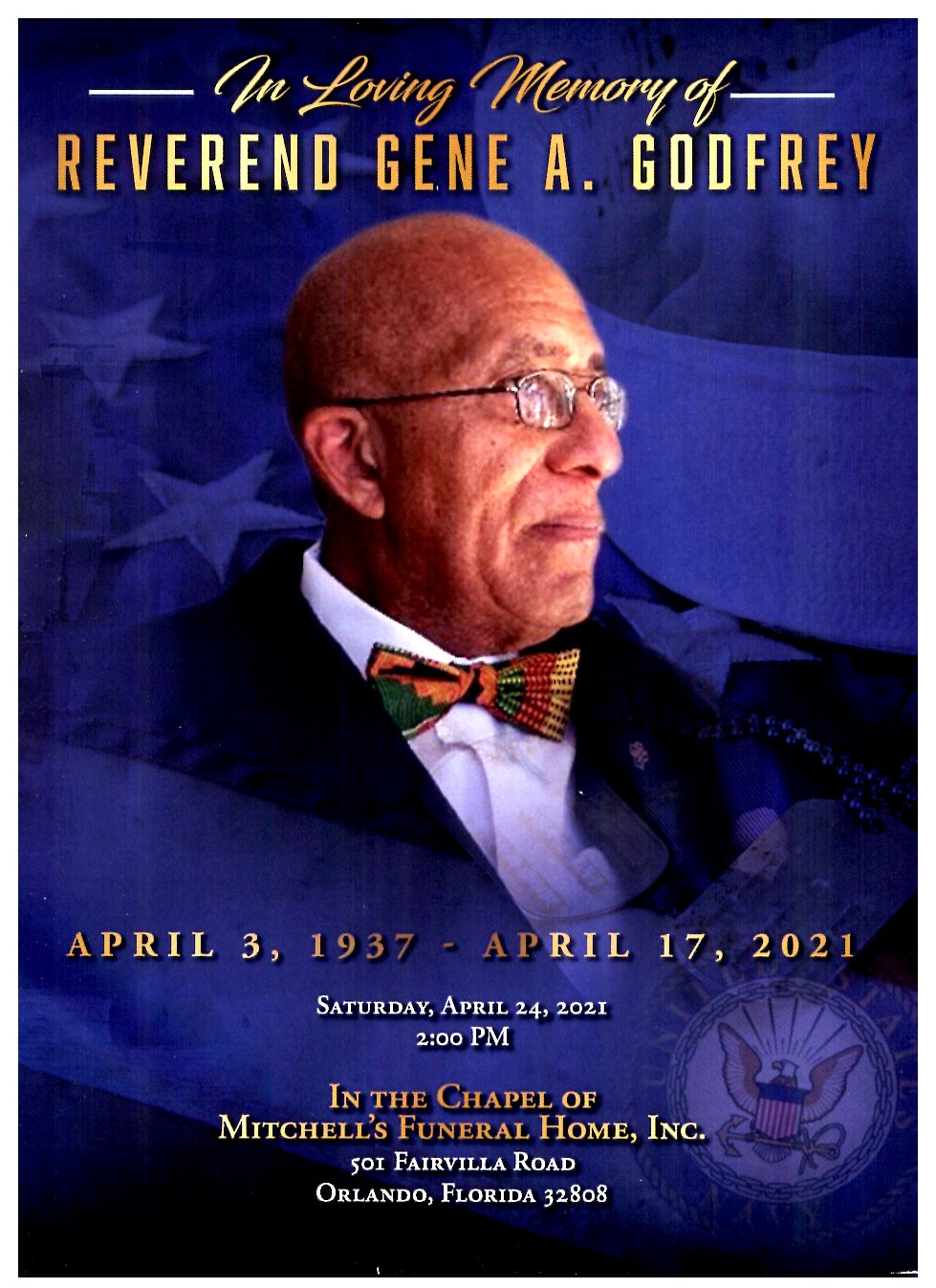 Reverend Gene A. Godfrey transitioned from his earthly life to his eternal resting place to be with our Lord and Savior Jesus Christ on Saturday, April 17, 2021, in Altamonte Springs, Florida.

Gene was united in holy matrimony to Carolyn Parker on January 25, 1984, in Pensacola, Florida.

Gene joined the Military and served his country in the U.S. Navy for 22 years. Gene loved to travel, and his military career allowed him to travel the world. During his tenure in the U.S. Navy, he received numerous honors, ribbons, and awards. After retiring from the military, he accepted employment with the U.S. Postal Service, where he retired after working there for 23 years. During his employment with the Postal Service, he was employed by Valencia Community College Tutorial Department.

Gene attended secondary school in Junction City, Arkansas, and High School in El Dorado, Arkansas. He received a Bachelor of Political Science degree from the University of Central Florida (UCF) and a Bachelor of Theology degree from Faith Christian University. He was an advocate for education and learning. Gene had a great desire for youth to excel in education throughout the years. He tutored countless students in his home on Saturdays and at Mt. Pleasant Missionary Baptist Church. His favorite quote for his students was to “Stay Focused” and “Reach back and help someone on their journey in life.”

Gene’s hobbies were reading, fishing, traveling, and photography. He loved to have cookouts and entertain family and friends in his home.