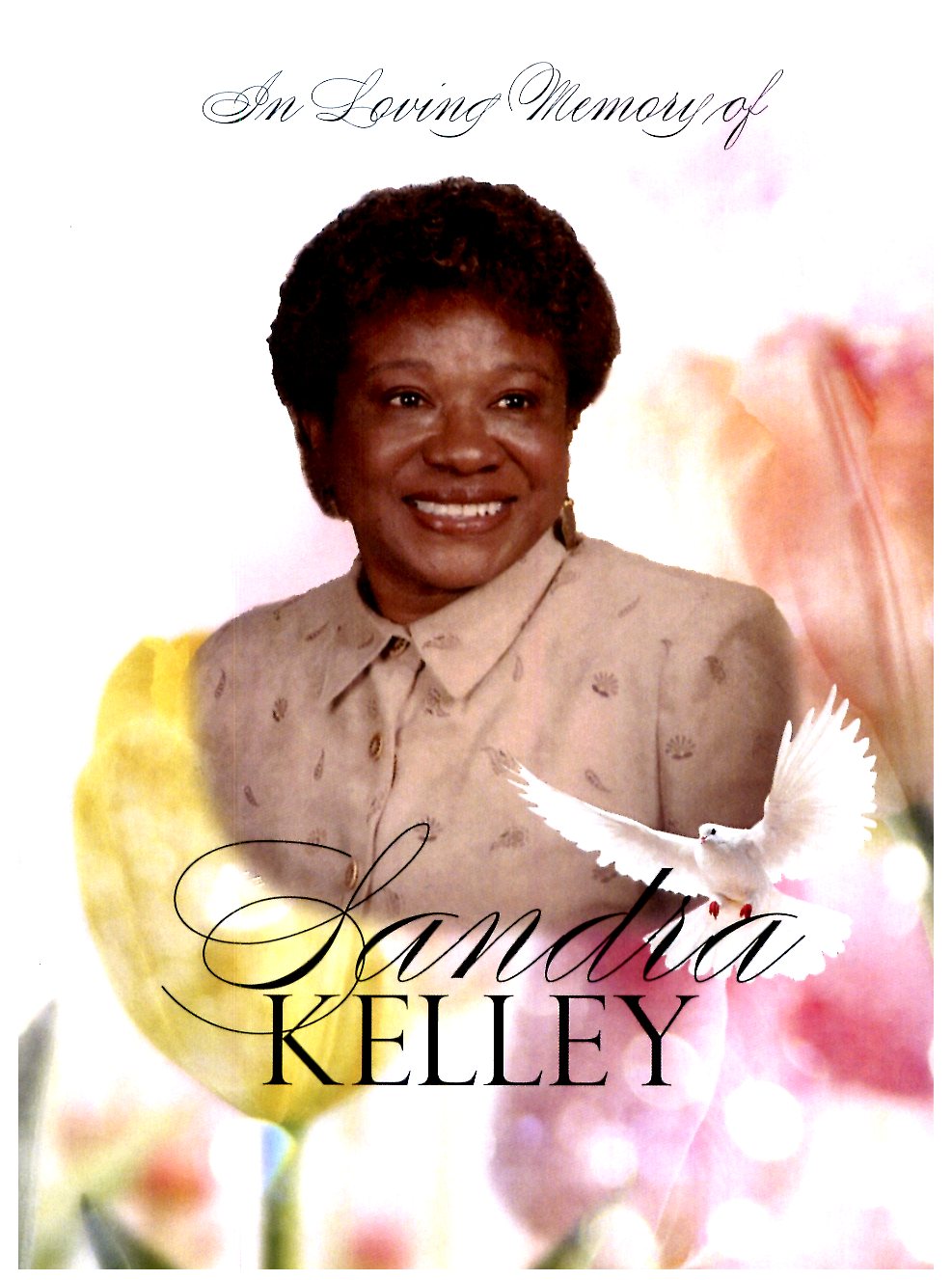 Sandra Jeanne Allen Kelley, the daughter of Elmer D. Geathers and Mary F. Allen was born in Richmond, Virginia on February 23, 1944. She was the eldest of three siblings, Hollianne Allen Wright, Reverend Raleigh Allen III and Edward D. Geathers. After her birth the family returned to Aurora, Illinois, her mother’s home, where she began her early childhood education. Mother and children relocated to Tampa, Florida where she continued her education in the Hillsborough County Public School System. She graduated from Middleton High School in 1962 and matriculated to Florida Memorial College in St. Augustine, FL where she earned her Bachelor of Science Degree in Biology.
While attending college she met and married her college sweetheart Prince Kelley on March 5, 1967, and was blessed with two children, Prinsan and Adrienne. She was an extraordinary mother and wife. During those first early years of marriage, Sandra and her mother were each offered a fellowship in a master’s program at the University of South Florida where they finished together and earned the Degree of Master of Education.
Sandra began her teaching career as a third grade teacher in the Hillsborough County Public School System and continued her career as an educator in the Orange County Public School System for 33 years. She spent 13 years as a program coordinator for migrant education and the last part of her career as a Curriculum Resource Teacher at Eccleston Elementary and Pinewood Elementary School before retiring. She was a mentor to many educators and had a strong love in helping students with reading.
Sandra was very active in the community. She was a member of Alpha Kappa Alpha Sorority, Inc.® for 59 years and a beloved Golden Soror in the Psi Theta Omega Chapter. As a chapter member in Delta ETA, Delta Omicron Omega, and Psi Theta Omega, she held various leadership positions and served on many committees related to education, economic wealth, and health. Throughout her life Sandra was also a member of the Sisters Network, The Brigadettes Club, a Girl Scout Leader, and one of the founders and member of Generations Book Club.
Sandra accepted the Lord Jesus as her personal Savior early in her life. Upon moving to Orlando, she was a long time member of Shiloh Missionary Baptist Church. While a member of Shiloh Missionary Baptist Church she served in the Junior Women’s Missionary Society, Vacation Bible School Chairperson, Sunday School Teacher and as a Deaconess. She later joined Macedonia Missionary Baptist Church in Eatonville, Fla and assisted with the children’s ministry. Sandra also participated in the Living Joy Ministries, Inc. weekly Bible Study Group and occasionally attended Tuesday morning huddle with Bible Based Fellowship Church in Tampa.
Sandra was preceded in death by her brother, Reverend Raleigh H. Allen III; mother, Mary F. Allen; and father, Elmer D. Geathers.
Affectionately known by her grandchildren as “Gmommy”, she will be remembered as a caring grandmother who was very active in her grandchildren’s lives. She will be cherished as a beloved wife, mother, sister, grandmother, great-grandmother, and a woman of great faith. Sandra Kelley is survived by her beloved husband of 55 years, Prince Kelley; children Prinsan Kelley and Adrienne Bell (Ron-favorite son-in-law); sister, Hollianne Wright; brother, Edward “Eddie” Geathers; sister-in-law June Jackson; grandchildren, Jaylon Bell (Meisha), Alana Bell, and Shauna Bell; one great grandson, Dallas Bell; nieces & nephews Terrence Nelson Sr., Cheri Faison Moore (Eric), Francene Faison-Belfort (Reggie), Raleigh H. Allen IV, Martina Allen Jones (Sammie); a host of grandnieces, grandnephews, cousins and countless other relatives and friends whom she dearly treasured.