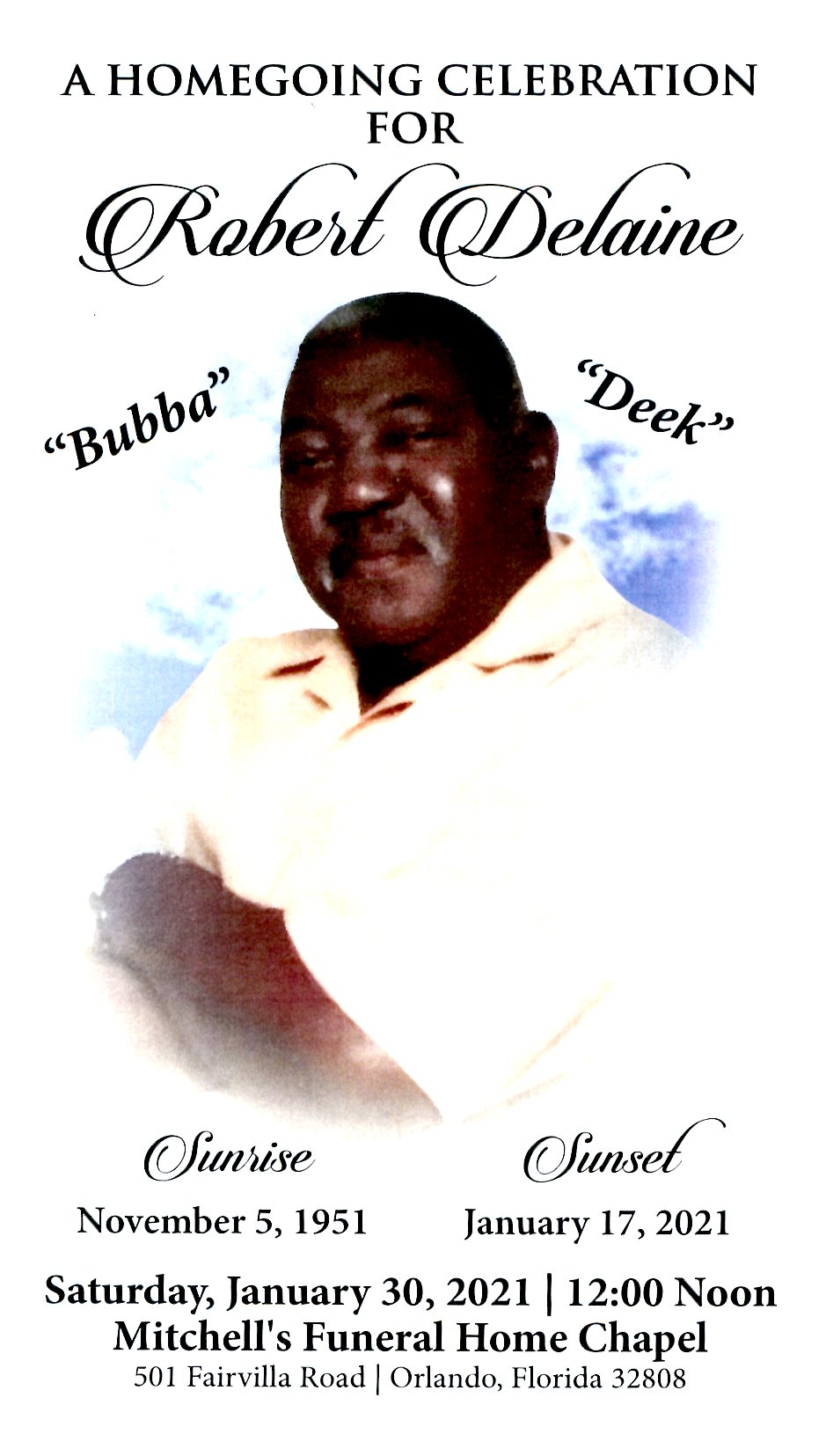 Robert Delaine was born in Eatonville, Florida on November 5, 1951, to his parents Sylvan and Donnis Delaine.  “Deek” or “Bubba” as he was affectionately called,  was the baby boy of ten children. He attended Orange County Public Schools, graduating from Boone High School in the Class of 1969.

His working career was predominantly spent with David M Company where he served for over 26 years before retirement as a supervisor. Robert enjoyed many hobbies to include golf, shooting pool, dominoes, fishing, bowling, building, and repairing CB boxes. He was a very active part of a CB club where his handle was “Billy Jack.”

He also enjoyed traveling, racing, and fixing cars, but his greatest love was for his family. In life, he loved much. In sickness, he fought to the end. In death, he now rests from his labors forever, and ever. Amen.

Robert was preceded in death by his parents – Sylvan and Donnis Delaine, one sister – Margaret Jones; and one brother – William Delaine.