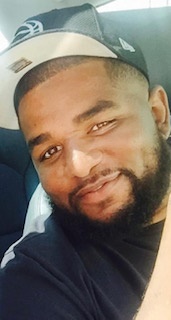 Being named Ronald Jamal Davis, He told his dad at a young age he wanted to be called

Ja’mal. because he wanted to make his own story.  So, he was called Jamal.

Jamal Gave his life to Christ at an early age.  He was baptized at St John Missionary Baptist Church, Orlando.

He attended several elementary schools being in a military family. Middle school was Robinswood, and High School he attended West Orange High and graduated in 2000.

He attended Eastern Kentucky University. That was where God wanted him to be, he met, The Love of His Life Jillian M. Perry, to this union they were blessed with two children Jaylen L. Davis and Chloe J. Davis.

They were owners of Gridiron Bar B-Q & Gridiron Catering in Richmond, Kentucky.

In 2007 Jamal started to experience Health issues but Stayed Strong and kept his Faith in God.

He is preceded in death by:

He leaves to treasure his memories:

A Host of Cousins, Family, and Friends that loved him and he loved.