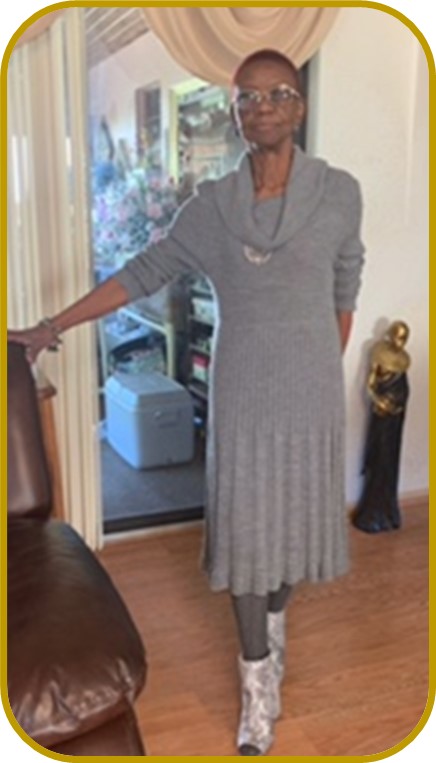 Flossie Johnson was born in Grover South Carolina, she was the second child born to Jim & Mamie Simmons on February 5, 1943.  The Simmons family relocated to Orlando where she then attended Orange County Public Schools and remained an active member of the Jones High Class of 1962.

Flossie held jobs at Frito Lay and Walt Disney World where she retired after devoting 30+ years. She was an active member on the Usher Boards at Antioch and New Beginnings Primitive Baptist churches. Most recently a devoted member of Orlando Faith Ministries Inc.

Her home was the gathering place for holidays, church dinner and bake sales. Everyone was welcomed by Flossie. While she may be remembered for her “famous” Pistachio or Red Velvet cakes, she is also known as being a petite Gentle Giant with a huge heart. The person you could call if you needed anything or if you need a little cheer, she was always available with a listening ear. Never chastising or condemning; she spoke the truth with love.

Flossie is preceded in glory by her parents Jim and Mamie Simmons, sisters Romell Dowell and Geneva Simmons and her companion Willie Middlebrooks.