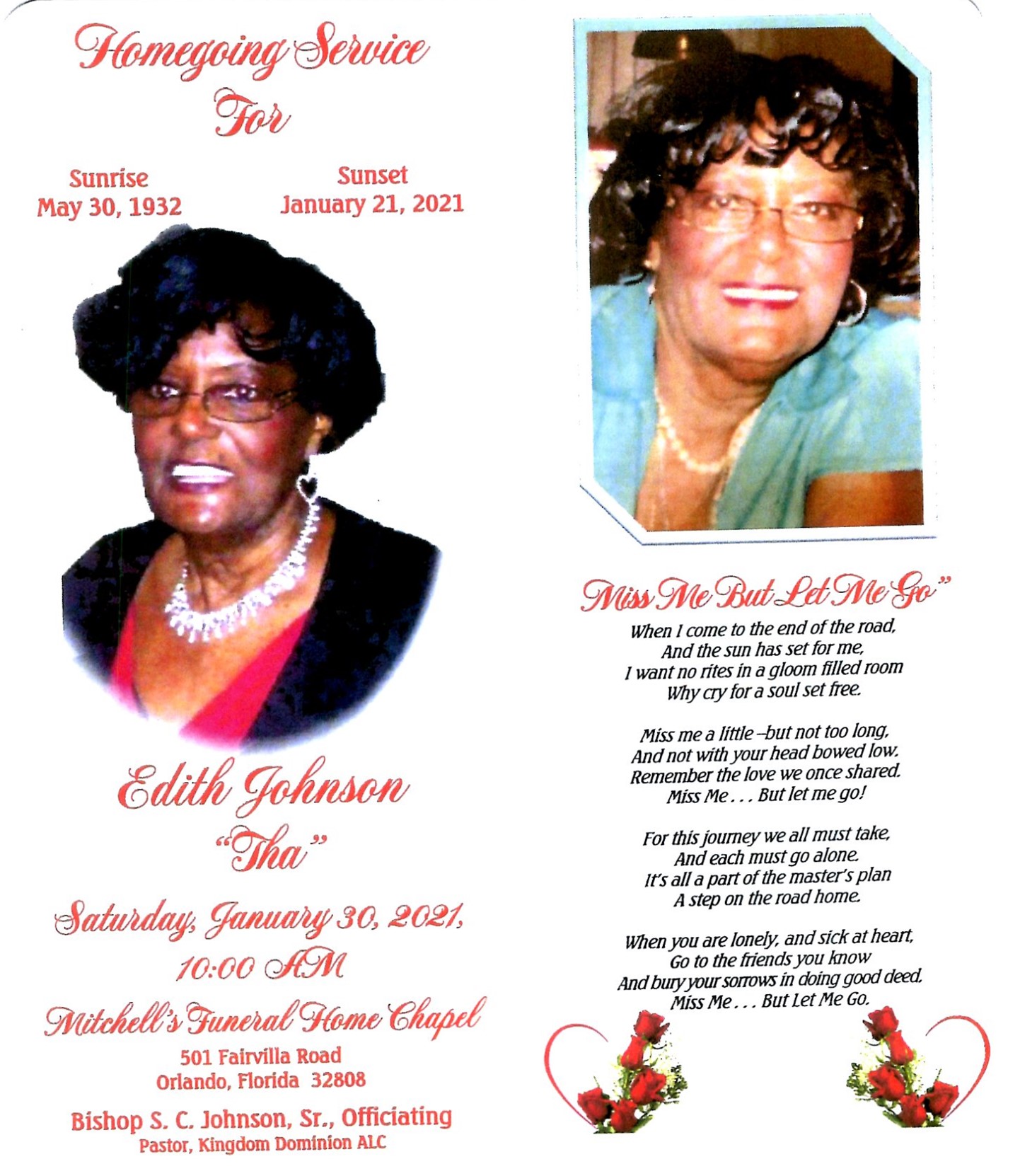 Edith Johnson, affectionately known as “Tha”, was born May 30, 1932, to Hosie and Helen Andrews in Warrenton, Georgia.  She was the oldest of seven siblings.  She grew up working in the cotton fields.  In 1953, she took her two children and five of her siblings to Brooklyn, New York, and started a life there.  She worked hard to provide for her children and siblings as a domestic worker.  In 1962, she moved to Rochester, New York, and began a job as a factory worker.  There she met and married Ceil Johnson, Jr., to their union another son was born.  She had to drop out of school at an early age to work but later went back and earned her GED through a night school program while holding down a job during the day.  In 1971, she began working for Eastman Kodak Company and retired from the same in 1993.

She was an honest, hardworking, and dependable person.  Her family could always trust her to be consistent. She watched over all of her family.  She was a beautiful person that didn’t change words and often spoke exactly what was on her mind.  She enjoyed going for rides with Kenneth, traveling to visit family, and watching the animal channel.  She loved her children and grandchildren.  She was a member of Kingdom Dominion ALC where she served as a member of the Mother’s Board.